Larry Wainstein, a chief antagonist of state Senator (D-32)/North Bergen Mayor Nick Sacco and his administration, is calling on the Hudson County government to terminate their deal with U.S. Immigration and Customs Enforcement (ICE). 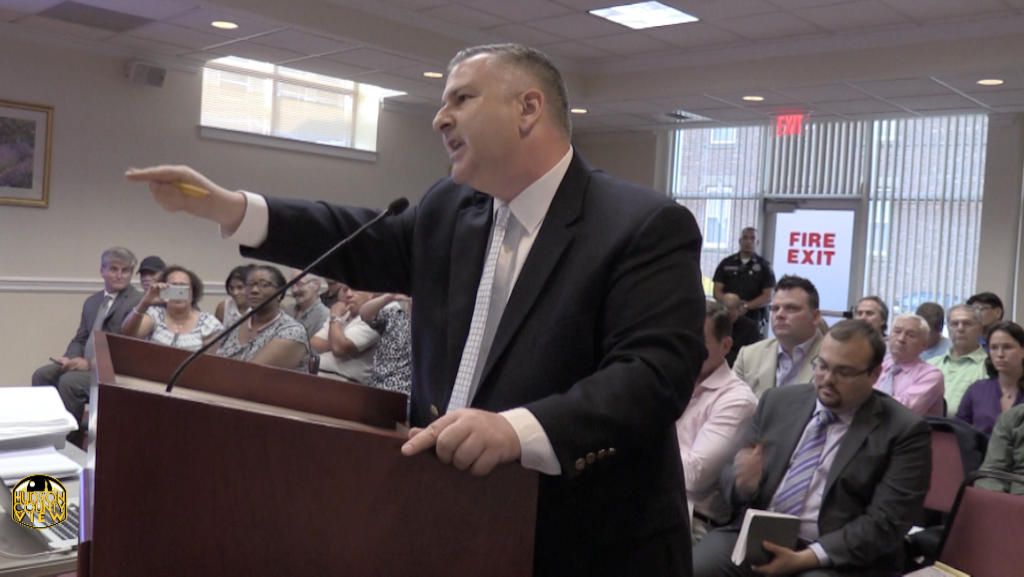 “This contract puts blood money before people. Families are showing up at our borders seeking political asylum to escape horrific violence, only to see children ripped away from their parents,” Wainstein said in a statement.

“The law of the United States and International laws grant political asylum to those seeking a better path for their lives. This contract assists the Trump administration in its policy of separating families.”

Freeholder Chair Anthony Vainieri (D-8) said on Wednesday that maintaining the ICE contract is in the best interests of detainees, noting that cancelling the contract would not change any of the president’s immigration policies.

At yesterday’s freeholders meeting, many activists voiced their displeasure for the multi-million dollar deal after the board opted not to move their next public session to a larger venue.

Wainstein continued that his family immigrated to the U.S. from Argentina and that the freeholders need to remember the principles Hudson County was built on.

“Hudson County was built by immigrants who came here and achieved their dreams. Our county and local governments should be leading the charge to honor that promise. Not profiting from policies that break it.”

Expectedly, Vainieri was not impressed and was happy to return fire at his rival.

“Lying Larry Wainstein doesnâ€™t care about whatâ€™s best for these detainees and has supported Republicans like Donald Trump whose administration is responsible for our broken immigration policy,” he said in a statement.

“If heâ€™s so concerned, maybe he should bring his petition before the Bergen County freeholders since he really resides in a Franklin Lakes mansion. Instead, heâ€™s more concerned about taking control of North Bergen with his political cronies only to benefit himself.”

Wainstein, who is expected to spearhead a slate against Sacco in the 2019 North Bergen municipal elections, had it out with Vainieri and the North Bergen Zoning Board of Adjustment last month when they approved an 11-story building at 8619 Bergenline Ave.

Vainieri is also the chair of that governing body.

Editor’s Note: This story has been updated with a comment from Freeholder Chair Anthony Vainieri.Â