Vision Media Marketing took home two national awards related to their work on North Bergen Mayor Nick Sacco’s campaign against Larry Wainstein in May, including one for their infamous “Shady Bunch” ad.”

Vision Media is one of dozens of political consulting firms to take home a Reed Award, joining several national leaders in the field.

â€œWe are absolutely thrilled to see our work be recognized and celebrated like this,â€ Vision Media Vice President Philip Swibinski said in a statement.

â€œBoth of these pieces demonstrate our firmâ€™s creative approach to campaign messaging that allows our clients to break through the clutter and reach their voters. We would like to thank Campaigns and Elections magazine, the awards committee and especially our client Mayor Nick Sacco for his many years of friendship and confidence in our firm.â€

Both the mailer and the television ad reinforced the campaignâ€™s themes of Wainsteinâ€™s questionable residency and enormous wealth, which placed him squarely out of touch with North Bergen voters. Each contains cultural references and humorous copy in addition to top flight art direction and strong concepts. 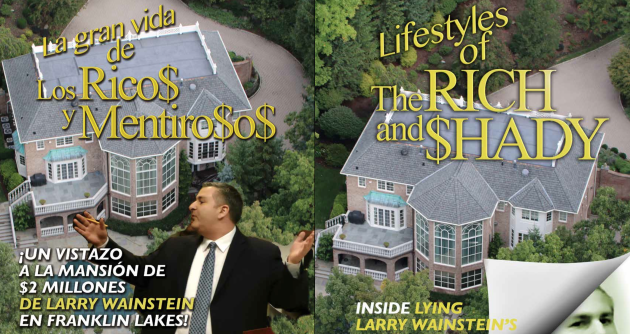 Wainstein scoffed at the notion of Vision Media being awarded for their Sacco campaign work last month, calling The Shady Bunch ad “nothing more than a cheap imitation by a second rate imposter attempting to pass off someone elseâ€™s work as his own.”

Sacco’s arch nemesis is convinced the ad is a ripoff of a 2009 Republican attack against Barack Obama, which was also titled The Shady Bunch.

Attorney Mario Blanch, an attorney for Wainstein, apparently failed to see the humor in the ad and filed a defamation suit against Sacco and Vision Media almost immediately after the fact.

However, Swibinski says Vision Media has never been served a copy of the suit. Blanch could not immediately be reached for comment on Monday.

Jerry Walker: N.J. legislature must call for ‘new study around the...