The City of Union City settled a lawsuit with a former Newark police officer for $67,000. She was allegedly wrongfully arrested back in July 2011 due to her relationship with Mayor Brian Stack nemesis Joe Blaettler, a former city deputy chief of police who owns and operates a private investigations company. 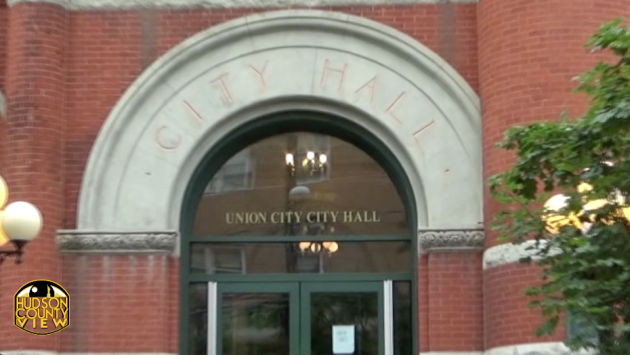 The lawsuit, filed in Newark’s U.S. District Court back on July 28th, 2014, claims through her Newark attorney, Lora Glick, that Moraima Medina met Blaettler in Morristown seeking work with East Coast Private Investigations back on July 19 2011 – with Medina ultimately agreeing to do a “ride-along” with Blaettler the next day.

After communicating with Blaettler on the phone several times, Medina went into the Union City City Hall parking garage searching for a gold Envoy, only to find her car surrounded by uniformed and plain-clothed police officers when she exited the garage, the suit says.

After taking a few phone calls, Everett allegedly told Medina “Tell us you work for Joe [Blaettler] and we will let you go.”

Everett and Blaettler had an adversarial relationship as top brass at the Union City Police Department and Blaettler eventually caused to Everett resign disgrace in October 2011 after surveillance footage revealed the chief had been working out at the gym while on the clock for security details (h/t News 12).

When Medina refused to make such a statement, she was arrested for driving with a suspended license, placed in a jail cell and her car was impounded and searched and told by Everett to “NEVER go to Union City again!”, according to the lawsuit.

Furthermore, she was allegedly issued criminal complaints for for stalking, owning an unregistered vehicle, driving with a suspended license, driving an uninsured vehicle and blocking a cross walk.

Medina further claims that she and her attorney at the time, Wolodymyr Tyshchenko, of Fairfield, were bounced around the municipal courts in Union City, Secaucus, East Newark and Jersey City before ultimately getting the charges dismissed on double jeopardy grounds.

Only Hudson County View reported back in August 2014 that the State Department of Community Affairs told Union City to only provide legal representation where appropriate in the case after Blaettler filed a complaint that Albiez was not on the city payroll at the time of the incident.

The settlement agreement, which is signed and dated by both sides on September 5th, 2015, paid Medina $67,000 and is clear that the settlement is not an admission of any wrongdoing by the city.

Although the settlement is over six months old, no media outlet has reported on it yet. John Paff, chairman of the New Jersey Libertarian Party’s Open Government Advocacy Project, brought the settlement to light last week.

“Medina never worked for me, but this was a complete injustice and an abuse of power by Brian Stack and the former chief. The lawsuit speaks for itself and clearly they weren’t willing to take this to court,” Blaettler said.

“Over nonsense, they destroyed this woman’s life and put her through hell for three years. Once again, they settle a case before Brian Stack is deposed or under oath because he doesn’t want to take the stand.”

Attorneys representing both Medina and the City of Union City could not immediately be reached for comment on Monday.

A copy of the lawsuit and the corresponding settlement can be read here, courtesy of Paff.