State Senator (D-33)/Union City Mayor Brian Stack, a candidate to be the next Hudson County Democratic Organization chair, is calling for the June 12th vote to be held in Jersey City, exclaiming that convening the meeting in West Hudson would be “shameful.”Â 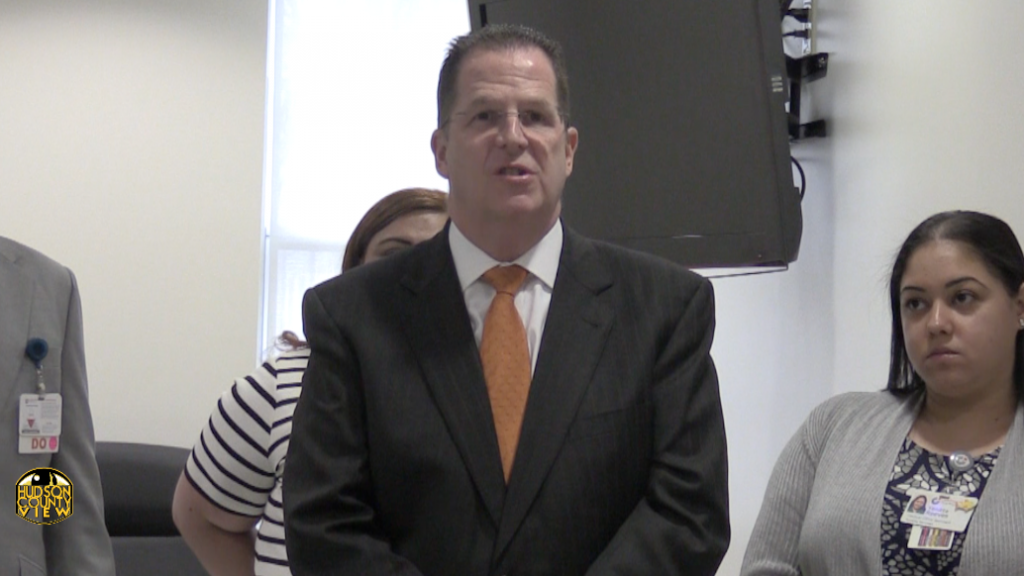 â€œI am calling on the current HCDO leadership to commit to hosting the meeting in Jersey City, which of course, is both our County Seat and centrally located in the County, encouraging attendance and participation by Committee Members,” Stack said in a statement.

“It is shameful that the bosses have even considered hosting this meeting at a location that discourages participation. However, I am not surprised, as all of the bossesâ€™ decisions are made with minimal input so they can continue to make the system work solely for themselves. This is yet another reason that we need change in the Party.â€

Speculation has swirled for weeks that outgoing HCDO Chair Vincent Prieto, a former state Assembly Speaker, would call the vote for his successor to take place in West Hudson – with some insiders believing Kearny High School would be the location.

Several politicos, speaking on the condition of anonymity, noted that such a move would prevent a number of Jersey City and Hoboken committee members who support Stack from showing up to vote.

Stack will be going up against Jersey City Board of Education Trustee Amy DeGise, the daughter of Hudson County Executive Tom DeGise.

A civil war unceremoniously broke out in March after Stack and Jersey City Mayor Steven Fulop led a group who said they not be supporting Tom DeGise for re-election in 2019.

In response, U.S. Rep. Albio Sires (D-8) and state Senator (D-32)/North Bergen Mayor Nick Sacco quickly led a coalition saying they were all in to elect the current county executive to another four-year term.

This has inevitable led to a bitter battle to crown the next HCDO chair, with the younger DeGise questioning Stack’s loyalty to U.S. Senator Bob Menendez (D-NJ) yesterday as the result of a “Column B” mailer that went out in West New York.

Prieto and Amy DeGise could not immediately be reached for comment, but this story will be updated in the event comment is given.

JC mortgage broker sentenced to 8 years in prison for role...