Jersey City Board of Education Trustee Mussab Ali is poised to be the youngest school board president in history at this evening’s reorganization meeting, sources told HCV. 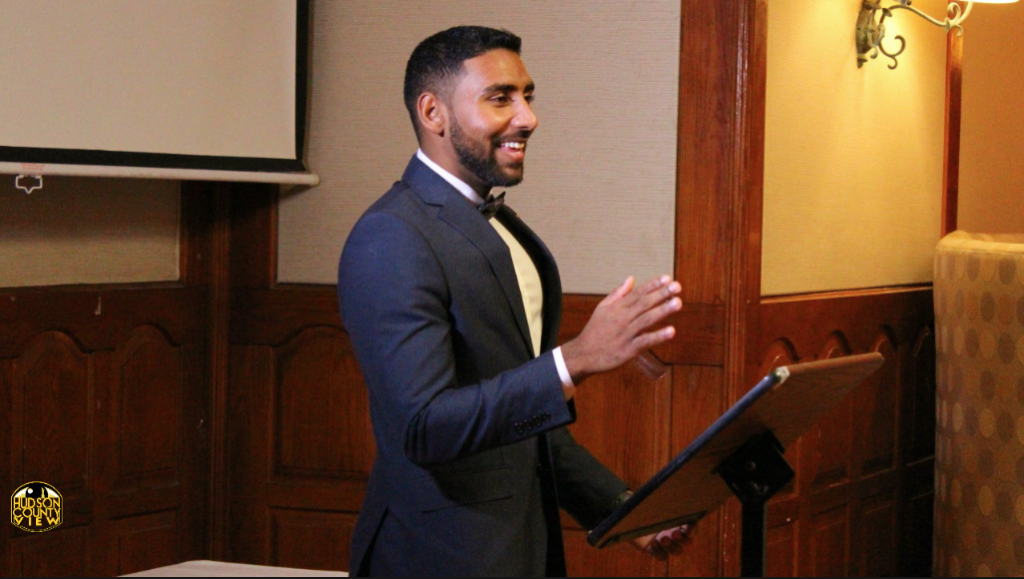 Ali, 23, won a one-year term in 2017 and was the youngest person ever elected to the school board.

He was a senior at Rutgers-Newark at the time and was successful in being re-elected to a three-year term the following year as part of the three-person “Education Matters” slate backed by the Jersey City Education Association.

The current board president, Lorenzo Richardson, had privately expressed interest in remaining president, a move that JCEA President Ron Greco endorsed at both the December 14th and December 17th meetings.

However, since then, it seems clear that Ali has at least five votes to get appointed president this evening, with Shaw to serve as VP, sources told HCV.

The JCEA has endorsed seven of the nine incumbents, including the aforementioned four trustees.

While are some are roiled behind the scenes by the fact that Ali and Shaw will likely receive votes from Trustees Alexander Hamilton and Noemi Velazquez, who ran on the “Change for Children” team in 2019, the JCEA said in a statement that they feel confident in any of the trustees they’ve endorsed previously.

“In the past several years, the JCEA has endorsed seven of the nine trustees on the board and we are confident in the leadership abilities of any of them going forward,” the teachers union said, declining to get into the particulars.

Several board trustees declined to comment ahead of this evening’s meeting.

The Jersey City BOE reorg will begin virtually at 6 p.m. this evening and will be streamed live on their Facebook page.

Jersey City schools to have half-day Wed. to work on ‘full...