Jersey City Mayor Steven Fulop fielded numerous questions from concerned residents about the upcoming reval, some of whom feel they will be priced out from Jersey City completely.

Ward E Councilman James Solomon explained many of the details behind the mathematical formula that will be deployed to determine the difference between a property’s assessed value (as determined by local government) and real estate market value.

Solomon also wanted to make sure that residents understood exactly what a reval is.

“A revaluation is when the city looks at every single property, every single lot across the city. And it assigns them an assessed value, which tries to match the market value. The city is doing that for every property across the city,” said Solomon.

He dispelled the notion that the city will be receiving a windfall in extra money.

“I’d like to clear up a misconception. What’s happening is that revenue is getting redistributed across the city based on the value of residents’ properties. So some people’s [tax bills] are going up, some are staying the same, and many are going down,” Solomon said.

He then said that the appraisal company hired by the city will use a two-part process to determine the new assessed values, called an “Improvement Process,” i.e., the condition of the property and the value of the land.

After Solomon’s presentation, Fulop bore the brunt of resident’s questions and concerns that the newly assessed values will force them to leave Jersey City.

One resident told the mayor that she left Manhattan for more affordable prices in Jersey City, but now may have to move elsewhere if the assessed value is too high.

Fulop responded that he had fought the reval in his first term because he was concerned about residents being priced out.

“It’s a big concern for me who has been doing this for 12 years. I wish we could change the Â system and wish you didn’t have this sort of increase today, but state law provides very little flexibility, virtually nothing of the [new assessed values],” the mayor said. 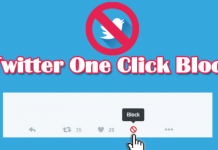