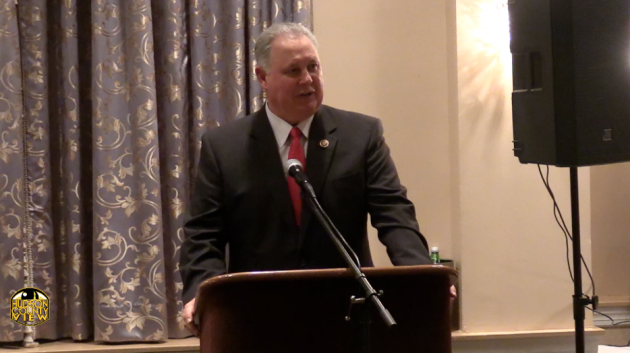 â€œJust over one year ago, this group of Hoboken residents came together to protest the separation of families at our border. We now know that the conditions are even worse than we feared â€“ this movement is about the fundamental rights of all human beings,” co-event organizer Vera Sirota said in a statement.

“The Kids Create for A Cause: Art and Activism event is about imparting to our children that we have a responsibility to help the most vulnerable. It is when we stand up, speak out, and organize that ordinary people can alter history, including children.â€

This event, held at Church Square Park between 10 a.m. and noon, will allow children to create art and write letters to send to detainees, while adults can write postcards to our elected officials to call for an end to these concentration camps.

The art created at this event will decorate the homes of newly resettled local asylee families. Furthermore, there will be story time with age-appropriate books about the migrant experience, as well as a live music singalong.

Children are also invited to bring crafts to sell (e.g. friendship and rainbow loom bracelets) with all proceeds to be donated to local organizations serving asylees â€“ including Welcome Home, First Friends, and RAICES.

Other officials scheduled to attend included Councilwoman-at-Large Emily Jabbour, along with Nora Martinez Debenedetto and Cristin Cricco-Powell – who are running for council seats on the mayor’s slate – along with activist Ron Bautista.

Bautista has announced his intentions to challenge Michael Russo in the 3rd Ward but he is currently running as an independent.

Council President Jen Giattino is hosting a Lights for Liberty event at the same location, from 7 p.m. until 9 p.m., on Friday evening.