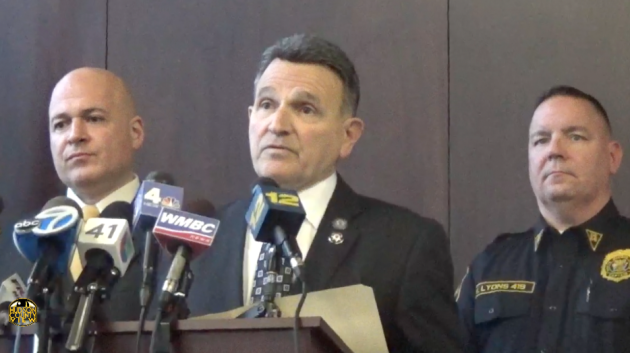 â€œThe Hudson County Sheriffâ€™s Office would like to offer our deepest condolences and prayers to the families of the deceased officers in Baton Rouge earlier today, and to the entire Baton Rouge Police Department and the East Baton Rouge Sheriffâ€™s Department,” Schillari said in a statement.

“We would also like to wish a speedy recovery to the wounded officers. Despite the tragic and unfortunate events that have plagued the law enforcement community nationwide the last couple of days, we will continue to protect our communities and the people we serve.”

This morning, a Missouri man gunned down three officers, wounding three others, in Baton Rouge just weeks after the highly controversial police shooting of Alton Sterling in the same city, per CNN.

Schillari added that the “the sheriff’s office is taking every precaution possible to keep our officers and the public safe,” further stating that the public should contact local law enforcement if they ever see something irregular.

“We must rise above our differences and come together as a nation of one for the greater good,” he concluded.

While accepted a proclamation from the board of chosen freeholders last week, North Bergen Police Chief Robert Dowd said it was time for a serious discussion about “institutionalized racism.”