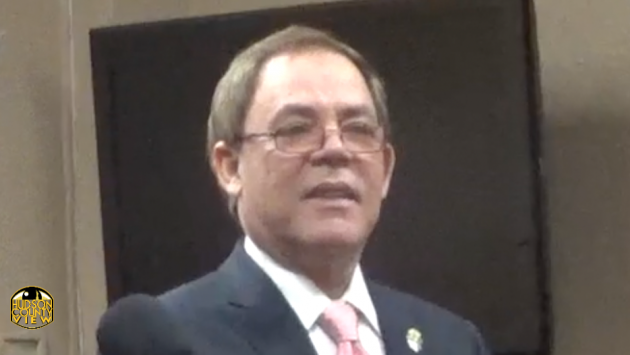 A former car salesman, Vargas resigned from office in February 2015, citing “personal circumstances” as the reason.

Since then, he has found employment at both the town’s housing and parking authorities, earning annual salaries of $35,000 and $40,000, respectively.

â€œâ€¦ We [myself and labor counsel] both concur that there is nothing in the plea agreement that requires that Mr. Vargas forfeit his office. That was not a lapse by the U.S. Attorneyâ€™s Office: they donâ€™t make mistakes,â€ he said at the time.

Vargas’ sentencing is now scheduled for September 14 at 11 a.m. in front of Trenton federal court Judge Freda Wolfson. His hearing was originally set for yesterday at 10 a.m.