A last minute vote in the U.S. Senate prevented Cory Booker (D-NJ) from attending a fundraiser for Hoboken Mayor Ravi Bhalla where VIP tickets were going for $1,000 a piece.Â 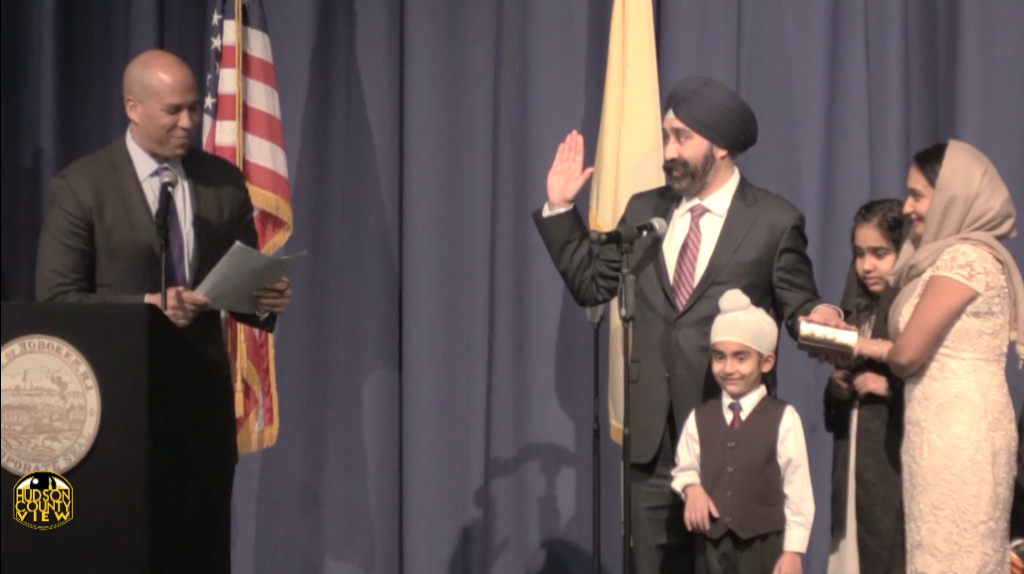 “Hey, this is Cory Booker: Ravi, I’m so sorry we got stuck in votes tonight on the Farm Bill and it kept me from being there with everybody to celebrate the leadership of someone who inspires me – not just now that he ascended his position – but whose been inspiring me in my path of service for many, many years now,” Booker said in a 51-second video played at the event and obtained by Hudson County View.

“He is an exceptional leader, a light in many ways, a rising star that gives me hope for what we in New Jersey can do, can become and can achieve together. Ravi: thank you for your leadership, thank you for your grace and I have incredibly bold hopes for the great City of Hoboken.”

The event, hosted at the Jet.com headquarters at 221 River St., had been advertised on social media for weeks with over 400 people invited via a public event created on Facebook. Despite this fact, the event was closed to the press.

Those who paid the VIP price will be comped at an event with Booker that take place before the end of the summer, according to a campaign spokesman.

The cancellation came at the last minute, with the Senate vote on the Farm Bill, legislation focused on nutrition and agriculture, being called around 5:30 p.m. last night. The bill passed easily by a vote of 86-11, Politico reported.

Well after Bhalla’s event had wrapped up, Booker was back in the metropolitan area around 10:30 p.m., speaking with CNN’s Don Lemon to weigh in on the next Supreme Court nominee.

Booker, who swore Bhalla in as mayor in January, is heavily rumored to be a Democratic presidential candidate for 2020 expected to announce his White House ambitions before the end of the year.