Rodriguez swore in Commissioners Susan Colacurcio, Margarita Guzman and Gabriel Rodriguez (no relation), while Prieto swore in Cirillo and Sacco swore in Roque.

Each official said a few words to the crowd on hand, offering great praise to the community for allowing them the opportunity to serve.

The public swearing-in ceremony came one day after the formal event took place inside town hall.

Political operative Joey Muniz was the emcee of the event, while town hall employee Beatrice Oliveti gave the introduction. 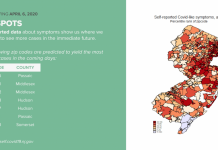