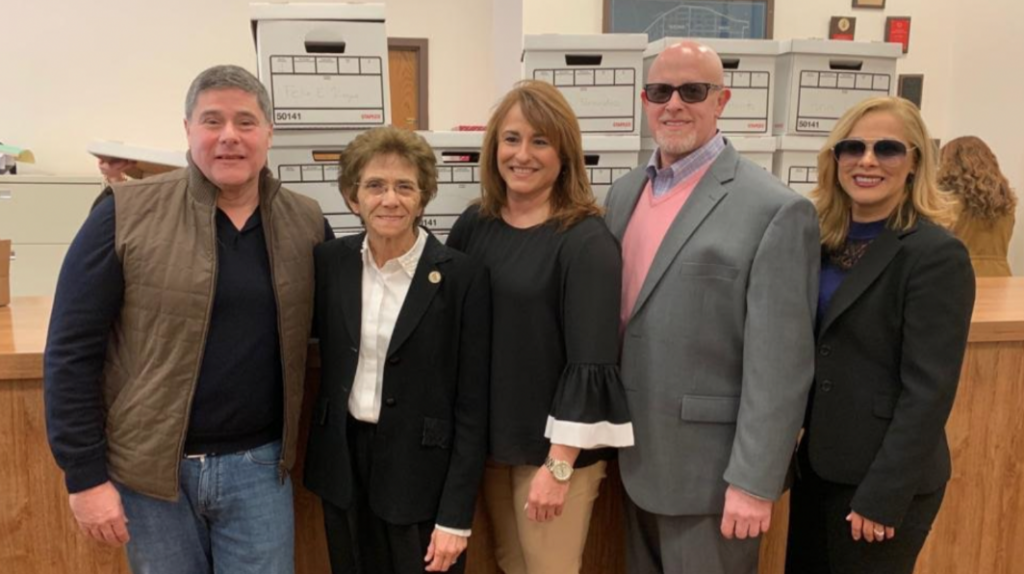 “I am excited to continue the great work that we accomplished during my last eight years serving as Mayor. I am proud to join with Commissioner Colacurcio and my great team of running mates that will help to move West New York forward,” Roque said in a statement.

“Working with Mayor Roque over the last four years has inspired me to continue the great progress we have made improving the quality of life in our community. Cleaning up the business district, improving our roads and parks while keeping taxes stable are just some of the great thinks we have accomplished together,” added Commissioner Susan Colacurcio.

Roque, who has three women running on his ticket, also emphasized that he wanted to make it a point to drop off petitions on International Women’s Day.

Also joining him are Board of Education Trustee Maite Fernandez, as well as Richard Acosta, a former BOE candidate, and Ana Luna, a first time candidate for office who works in Town Hall.

Roque’s campaign said that the team dropped off a collective 5,730 nominating petitions, or 1,146 per person, today.

The incumbent mayor is seeking a third term in the May 14th municipal elections, where all five seats on the board of commissioners are up for grabs.

He announced his ticket on February 5th, the same day that the New Beginnings West New York team dropped off around 5,000 petitions for nomination.

The Roque opposition slate, led by Commissioner Gabriel Rodriguez, then said that they had dropped off an additional 2,500 petitions, bringing their total up to 7,500, on February 19th.

Petitions for nomination are due on Monday, March 11th at 4 p.m. and conventional wisdom says that both teams will be paying a visit to Town Clerk Carmela Riccie before then.

As HCV previously reported, six independent candidates pulled petitions as of last month and talk of a third, anti-establishment group of candidates has gained some traction, though it remains unclear how many will get the necessary signatures to make the ballot.

At debate, Fulop, Matsikoudis slug it out over alleged bid rigging...

LETTER: ‘Leadership that Listens’ BOE team is the best choice for...