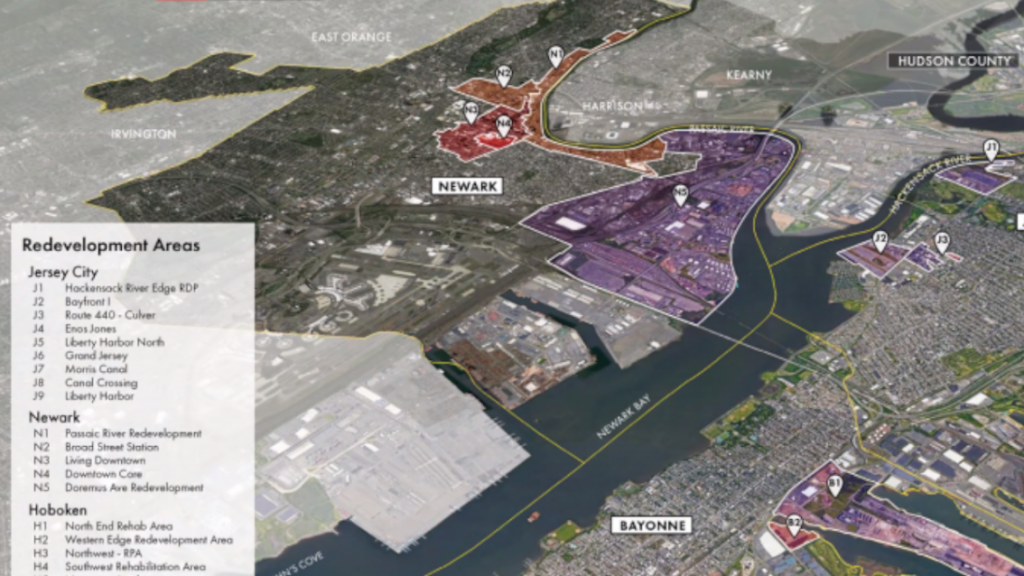 It is a partnership between the New Jersey Department of Environmental Protection, Hoboken Jersey City, Bayonne, Hudson County, and groups based in Essex County.

Carly Foster, a project manager for the consulting firm Arcadis,  said it was the third meeting they have held on environmental issues.

Many in Hudson County have flooding concerns in the wake of Hurricane Ida and climate change. This summer was especially rough with several areas being flooded multiple times.

“The perception of this problem is that it’s getting worse,” Foster said.

She said there have been multiple reports of individuals being filled with anxiety every time it rains due to the large number of floods that cause damage to property and loss of life.

Reliant Northeast NJ wants to create a plan to curb flooding in the area. They are eager to avoid sewage overflowing into other bodies of water.

“We want it to be about what residents want to see,” Ironbound Community Center Community Development Program Manager Curtis said. He noted they are developing a plan that will be released in the spring.

He said that “once in 100-year storms are likely to become more common now.”

Curtis also said they are working on lessening the impact of flooding in adversely affecting the sewer system.

“We want to make sure there’s proper onsite stormwater management,” he said.

Curtis suggested development should not be focused on flood-prone areas. He explained they’re in talks with zoning and building code officials to create policies to avoid flooding. He noted they’re working hard to coordinate activities across the region.

Consultant Greg Le Maire, of the firm One Architecture, explained Jersey City has created a map to deal with more flood-prone areas where development needs to be restricted.

Local resident Larry McAuliffe noted the pressing issues of flooding in Bayonne on its peninsula.

“We live on water on two sides,” he said.

Curtis said they want to ensure that less garbage is burnt in Newark when clouds of pollution cross the bay to Jersey City and Bayonne. They want to do so by increasing city-run composting programs.

One of the most pressing issues several consultants mentioned was the lack of grassy areas in Hudson County makes it harder for rainwater to seep into the ground and dissipate.

Since water cannot seep through asphalt, it leads to flooding. Thus one of the goals of the projects is to create more green space in Hudson County.

“The long-term goals that you stated there is 2070? I would like that to be changed to 2030,” McAuliffe said. “These very long goals through the world, they result in a lack of action because the goal is so far out.”

Le Maire said they were planning short-term to reduce flooding and better prep as well.

“I will fully say Hurricane Ida switched up the program a bit,” he noted.

McAuliffe argued that the private sector does not take long dates seriously.

“I hear you Larry. We can’t wait till 2070 to get things done. We also need to push our state to go further,” Curtis said.

Consultant Valerie Hufnagel noted that areas of Hoboken that were once free of flooding have become prone problematic as well now.

“Well that’s changed. It’s just creeping from the west side to the east side. So no one is safe.”

“Tidal and intensification. Those are like some of the primary drivers that we also see in Jersey City,” consultant Alexander Mirescu said.

“We’re seeing parts of the city three years ago that wouldn’t flood, would only flood one to three times a year, they’re probably flooding seven times a year.”

In addition, places that used to see light flooding are now become inundated with more water.

He said Hoboken has been recognized by the United Nations as one of the most resilient cities in the world after former Mayor Dawn Zimmer made several changes in the wake of Hurricane Sandy.

“We are considering what you are describing. We actually do have some green infrastructure elements around our city. We also have rain gardens,” stated Hoboken Environmental Planner Yasmine Pessar said.

She added they have a unique system of cisterns that collect water which they encourage residents to use as well.

Hudson County was included in the disaster areas eligible for assistance due to Hurricane Ida and saw many bad floods this past summer.

Border Patrol: Union City man busted at airpot with over 30 pounds of cocaine in wheelchair