Hudson County View exclusively reported in March that the Weehawken Zoning Board of Adjustment amended their laws to ban the commercial sale, growth, distribution and use of marijuana.

Meanwhile, Jersey City has been quite enthusiastic about welcoming legal marijuana and a New York-based marijuana dispensary has already pitched the Hoboken City Council about the benefits of their business expanding into the Mile Square City. 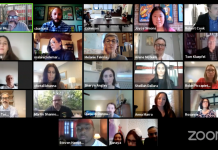