A New York man being transported in a Bayonne ambulance yesterday morning was pepper sprayed after becoming combative with police and eventually biting an officer after refusing to wear a face mask inside the vehicle, police said. 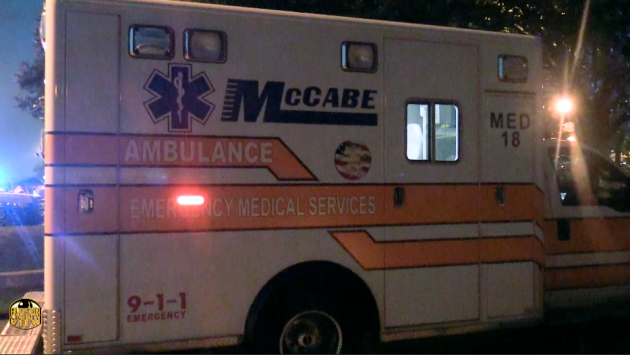 Watson was taken into custody at 10:39 a.m. yesterday from the area of 21st Street and Avenue E.

Officers in the area were flagged down by EMS personnel who advised them that the patient in the ambulance, later identified as Watson, had become unruly and refused orders to exit the ambulance after refusing to wear a face mask in the ambulance.

When the officers approached him to speak with him, he became increasingly irate and began spitting inside of the ambulance. He then proceeded to remove an item from the wall of the ambulance and throw it.

The officers then attempted to subdue Watson but were met with physical resistance.

During the struggle, Watson attempted to bite both officers, making contact with one of them and breaking the skin. As other officers responded, Watson was unable to be controlled, causing an officer to deploy a short burst of pepper spray to cease his behavior.

As officers attempted to handcuff him, Watson tightened up and laid on his hands, refusing to be handcuffed.

Watson was eventually handcuffed and taken to the hospital for treatment. The injured officer also received treatment for the bite and a hand injury, authorities said.

Last week, a Brooklyn man was arrested after causing a scene at a Bayonne McDonald’s after he was denied service for refusing to wear a face mask.