U.S. Rep. Bill Pascrell (D-9) has announced his re-election bid ahead of next year’s June primary, exclaiming that “the challenges of our time are titanic and demand fearless leadership.” 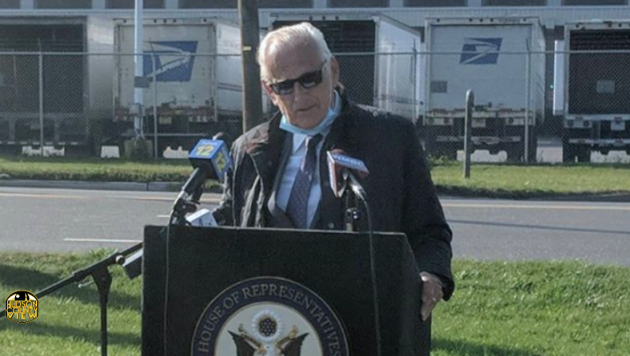 “While I know intimately our Passaic, Bergen and Hudson County communities, I will work assiduously to meet all our new neighbors and learn the needs, hopes, and dreams of our new cities and towns. They will have a tireless champion of their interests in Bill Pascrell,” he said in a statement.

“Our team will be at their disposal immediately. And the countless friends we have made in the communities leaving the Ninth District have given me the energy to do the job every day.”

Pascrell’s announcement comes shortly after the Democratic congressional map was adopted, with relatively modest changes expected for the blue district.

Pascrell, who was first elected in 1996 and is seeking his 14th term in 2022, is expected to rematch GOP challenger Billy Prempeh in November at the moment.

In 2020, Pascrell won by a margin of about 65.8 to 31.9 (with a third candidate getting a little under three precent of the vote) in the challenger’s first run for office.

“The challenges of our time are titanic and demand fearless leadership. Every day I go to work to deliver for our communities, to stand up to the powerful, and to protect the United States of America. I fight ferociously for our state to get us the support and the respect we deserve. I was in the House chamber on January 6, 2021,” the 84-year-old congressman continued.

“The broken glass cracked under my shoes as I went to ratify the Electoral College for President Biden. This is not exaggeration: the threat to our democracy today is greater than at any moment since 1860. You can either retreat or join the fight. I never retreat. I am staying to fight.”

Yesterday, Pascrell commended colleague U.S. Rep. Albio Sires (D-8) on a long and successful career after he confirmed he would be retiring.