In an editorial, Hoboken resident Josh Sotomayor-Einstein explains why the board of education should require three public input meetings before voting to have a referendum. 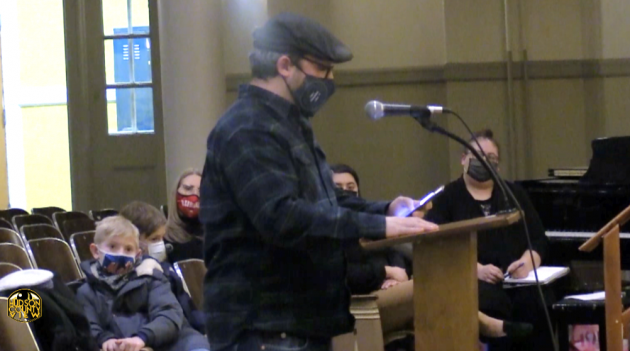 The Hoboken Board of Education (BOE) should pass a resolution requiring at least three public input sessions before a BOE trustee vote on whether to have a referendum on a capital spending project.

The BOE trustees, elected officials chosen by the people to both steward the interests of the students in the public district schools and represent the public’s interest in doing so, have failed and just as importantly, have lost credibility in the eyes of the public they serve.

The recent January 25 BOE referendum witnessed 65% of voters saying no to the BOE proposal for a $330 million sports complex with a school attached. Many who voted no did so because they objected to a proposal focused on athletics over academics.

Others were juxtaposed the plan because, as former Hoboken BOE Trustee’s Maureen Sullivan and Leon Gold demonstrated in separate Op-Eds and other public statements, enrollment statistics were manipulated by the BOE.

For an innumerable number of voters all the above reasons and more (such as concern for continued state aid for the free Pre-k program) were motivations to vote no.

Yet there remains one standout problem in the behavior of the current Hoboken BOE Trustees that if addressed can help avert a future repeat of the other issues and that also motivated a significant number of people who voted no – the surprise, secretive, and rushed nature of the proposal and referendum election.

While it was made public in late November that the BOE would be voting in December whether to hold a special election in late January, it quickly became clear that many among the supporters of the proposal had known about it for some time.

Moreover, it is an indisputable fact that the BOE had their proposal for at least two years prior its official public release.

Many residents objected to the bum rushed 11th hour election with no community input other than propaganda billed as “information sessions,” that occurred after the BOE voted to put their completed plan up for referendum.

Indeed, Hudson County’s largest newspaper, The Jersey Journal, in an editorial representing the official view of the newspaper itself, slammed the plan as the opaque and bad behavior by elected officials.

That the current BOE trustees should resign because of their disgraceful behavior is an opinion shared by many in Hoboken (including this essayist), but the BOE (irrespective of whose occupying its elected seats) should take measures to ensure that no capital project put up for a referendum happens with zero public input and in such a hasty manner ever again.

The period between a BOE vote for, and the date of, a referendum is not a time for community input as nothing can be amended in a plan.

Despite the protests by former vote yes advocates otherwise, the multiple public sessions held by the BOE (which began during the Christmas-New Years holiday vortex), were not meant to involve the community but to persuade it to vote yes.

Undoubtedly, the current Hoboken BOE trustees will (and should) face ethics violations for using their office and taxpayer supported resources to engage in advocacy.

Regardless of whether they feel it is earned or not, the current BOE Trustees should be cognizant of the public’s lack of faith in their honesty and resign.

While it is doubtful they will (and even if any of them do), they should help rebuild some of the public trust they destroyed by passing a resolution to disallow a future repeat of their actions.

Mandatory public input sessions would enable community stakeholders and those paying the bill for BOE projects to come to the table before a referendum to see if there are points of synergy and for those of disagreement to be aired.

Requiring the BOE to solicit participation from the community is not about determining class sizes, but would allow municipal, county, non-profit, and grassroots community leadership to help in the process.

Were there massive community objection, the BOE would be able to gauge the viability of a particular proposal, rather than flush away hundreds of thousands of taxpayer dollars on a standalone special election.

The current trustees have severely damaged the credibility of the Hoboken BOE, but they can begin to help repair the harm they have done by passing a resolution requiring three community input sessions before any future BOE vote for a capital expenditure project requiring a referendum.