“In 2011, at a rally in Trenton, only a handful of leaders stood up for the hard-working middle class: Jason O’Donnell led the charge,” a female voiceover says in the video.

“Jason proved time and again he was one of the only people to stand against Chris Christie. He did it because he believes in protecting middle class taxpayers. Jason fought Chris Christie in Trenton and he will fight for Bayonne taxpayers in City Hall.”

O’Donnell, a former state Assemblyman and retired firefighter, frequently clashed with Christie over the state’s pension fund and other legislation that had negative consequences on public employees.

After winning the Assembly seat in November 2010, O’Donnell infamously said “we’ll tell Christie to go to hell,” though later apologized for getting caught up in the moment.

He will be running a full slate to challenge Mayor Jimmy Davis’ team in the May 8th municipal elections, where Dr. Mitchell Brown is also seeking the mayor’s seat as an independent.

Davis campaign spokesman Phil Swibinski was unimpressed with the piece, going after O’Donnell for his previous work with public relations firm Kivvit.

“It takes a lot of guts for someone who works for a lobbying firm that was paid $40 million in tax dollars to try and make Chris Christie look good call himself a ‘fighter’ against Christie. Where was Jason O’Donnell’s opposition to Christie when the checks were flowing in from the state treasury?,” Swibinski said in an email.

“This is exactly the kind of disingenuous political rhetoric that will make Bayonne voters reject O’Donnell and re-elect Mayor Davis, because they know they can count on Mayor Davis to put their interests first.”

O’Donnell was quick to quip back that Kivvit is not a lobbying firm and that Davis is yet to agree to a debate.

“Start with the fact that I never worked at a lobbying firm and go from there. No one fought harder against Chris Christie in his eight years as governor than I did,” he began.

“I was on the front lines fighting for womenâ€™s health care funding, middle class tax payers, police, teachers and firefighters while Jimmy was still living in Rahway not even dreaming of putting his name on a ballot.”

O’Donnell continued that if Davis has something he wants to say, he should agree to a debate in all three wards of Bayonne “instead of hiding behind his out of town friends lies.”

Editor’s Note: This story was updated with a comment from the Davis campaign, as well as the O’Donnell campaign’s response.Â 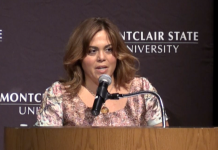