North Bergen Superintendent of Schools George Solter refuted a claim that the board signed off on a $40,000 stipend for state Senator(D-32)/Mayor Nick Sacco, also discussing the ongoing negotiations with the local teachers union.

“No, that did not happen. Actually, any time that someone receives a stipend, there has to be a posting for that stipend. In addition to that, then it has to be accepted by the board,” Solter said of Sacco, also the director of secondary and elementary education.

“And when there’s payment that has to be made, there has to be a resolution granting payment of that stipend and we saw no resolutions that were backing up that claim.”

Furthermore, Solter said that meeting minutes are available on the school district’s website after the board of education approves them. Hudson County View saw no such stipend voted on in the meeting minutes from December of January.

However, in a text message, Wainstein, who made a surprise return at Wednesday’s BOE meeting, countered that just because something isnâ€™t in the minutes doesnâ€™t necessary mean it didnâ€™t happen.

â€œEverything they do is deceiving and criminal. Certain people requested OPRAs and received nothing. This is why itâ€™s important to video tape each meeting and compare to the approved minutes,” he said.

“If not, they do whatever they want. Their history of criminality speaks for itself.â€

Solter added that he is glad meetings take place monthly for employees such teachers to voice their concerns, but is dismayed when he sees someone with â€œoutside interestsâ€ turn the forum into â€œa circusâ€ before discussing the teachers contract.

He also said that flat state funding has made it difficult to keep up with increasing budgetary costs ranging from PSE&G (heating and lighting) to teachers salaries.

“So when you have a flat funding from the state Department of Education, you’re really behind as you’re moving forward. What we want to do is make sure that when we get a contract with the federation of teachers, it’s something that can be sustained and we don’t let teachers go in the future,” Solter explained.

The superintendent further stated that one thing that was largely overshadowed at last weekâ€™s BOE meeting was that the administrators had their contract settled: accepting pay increases of 2.9 percent, 3 percent and 3.1 percent a year over the course of three years – the same offer the NBFT declined.

NBFT President Elizabeth Lynch did not immediately return an email seeking comment, but she said at the board meeting that the union was inclined to accept a $4.6 million deal over two years in June before the administration took it off the table without explanation. 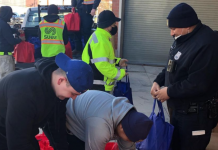 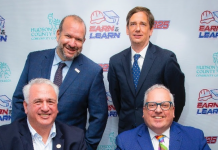