North Bergen High School briefly went on lockdown this afternoon due to an ambiguous telephone threat. 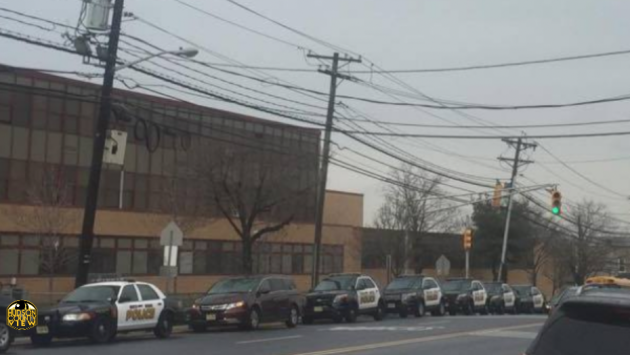 “Police received a phone call where someone said they were at the Exxon [gas station] across the street and he was going to go into the high school and do something,” North Bergen Superintendent of Schools Dr. George Solter told Hudson County View.

Solter said the man then called back stating he was already inside the high school. Around 1 p.m., the school was then placed on lockdown and police did a sweep of the building, he added.

Solter also said that after police did a sweep of the building, Chief Robert Dowd confirmed that everything was safe and there were no strangers or other threats detected in the building.

“Police are following up on leads to find the person who called. We felt it wasnâ€™t credible since the person didnâ€™t give any specifics, but we went into lockdown anyway as a precaution. Our students are trained for disaster drills, we do these drills all the time and it worked wonderfully.”

The superintendent added that the lockdown lasted for about 40 to 45 minutes and that parents would be receiving a call to notify them of the situation.

Additionally, North Bergen police are currently investigating who made the phone calls to the school, officials said.

Solter further stated that he believed Union City encountered a nearly identical set of circumstances, but Union City officials could not immediately be reached for comment.

Dowd later said that the caller threatened to cause “an explosion,” but declined to get into the particulars of what he said.

“The threats were deemed not to be credible after Officers conducted extensive sweeps of the entire North Bergen High School campus and surrounding streets.”

Union City police acknowledged “a reported threat” that was not credible, but all public schools were being dismissed as a precaution.

Currently working with outside agencies on a reported threat.
At this time no credible threat, all public schools being dismissed.