NJ Transit has scrapped a plan for a natural gas-powered plan in Kearny, just over a year after a North Bergen plant concept was shelved, citing plans to seek green alternatives after a year of ongoing protests by environmental groups and activists. 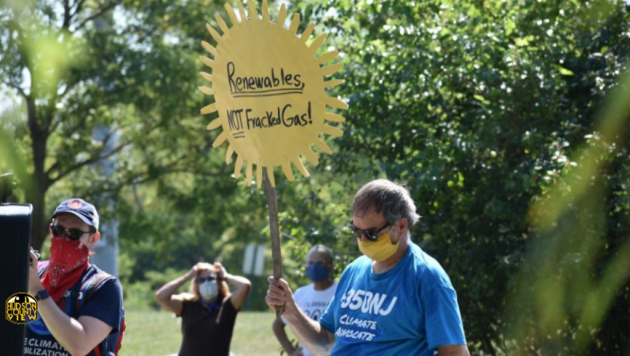 “We’re now in the process of reimagining this process to make it as environmentally friendly as possible,” NJ Transit CEO Kevin Corbett said at last night’s board meeting.

Following a unanimous board vote, the agency will now seek new ideas from vendors and/or consultants ahead of a $1 million request for qualifications (RFQ) in order to come up with a new, greener design.

Ultimately, NJ Transit is now game planning to award a contract to a Transitgrid developer by the end of 2022 and the endeavor is estimated to create 4,200 jobs, according to the transportation agency.

“The plan to build a massive fracked gas power plant in Kearny was a disaster for clean air and our climate. Communities across the state came together to tell Governor Murphy to find a better alternative, and [yesterday]’s announcement shows that his administration is listening,” Food & Water Action organizer Sam DiFalco said in a statement.

“This is one of the most important changes the agency has ever made. They are now starting a process to look at alternatives to the fossil fuel plant that will include microgrids, renewable energy, and battery storage,” he said in a statement.

“New Jersey can be a national leader on using renewable energy battery storage to run its transit system. This is cutting edge technology that would make the state a leader in green transportation.”

Hudson County municipal governments had come out strong against the power plant, with the Kearny, Jersey City, Hoboken, and Weehawken councils, as well as the Union City, West New York and North Bergen boards of commissioners, approving resolutions opposing the initiative.