The new Suez deal in Hoboken that boasts $33 million in water infrastructure upgrades and creates a local water utility to help manage the revenue from bulk water consumption is now in effect. 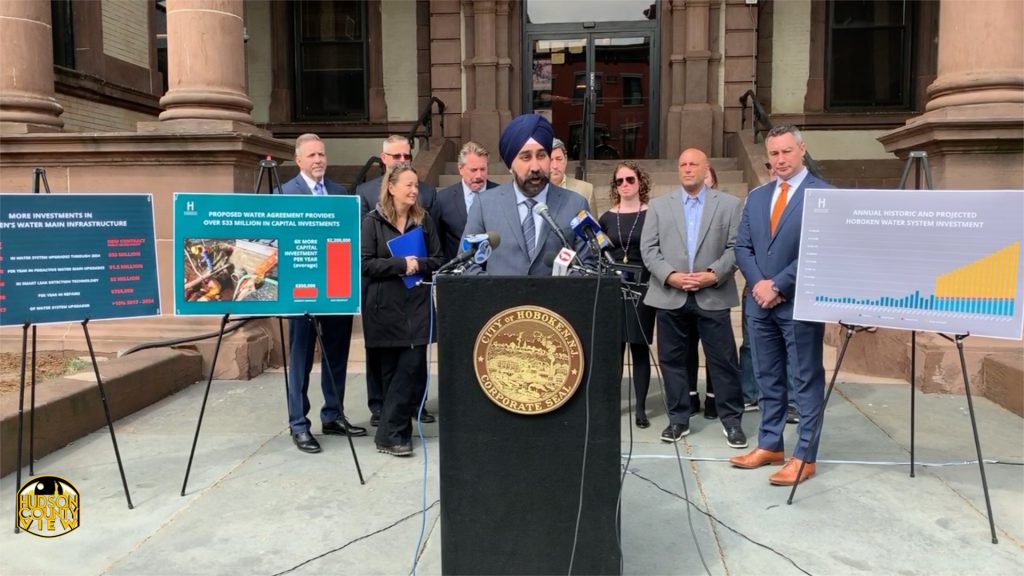 â€œToday is a historic day for the City of Hoboken. We are finally able to make multi-million dollar investments into our aging water main system that have been badly needed for many years,” Mayor Ravi Bhalla said in a statement.

“Hoboken will now upgrade our most vulnerable water mains and focus on proactive upgrades, instead of just responding to water main breaks. We wouldnâ€™t be in this position if it were not for the hard work from our City staff and negotiations with SUEZ, and I thank everyone who made today possible.â€

The contract, which runs through 2034, calls for an average of $2.2 million in water investments per year, over six times the amount of the previous contract.

â€œWe are proud of the 25-year partnership we have with the City of Hoboken and look forward to working with the City to improve its water system during the next 15 years,â€ added Suez New Jersey General Manager/Vice-President Chris Riat.

â€œThe Mayor, City Council and SUEZ are all focused on building a sustainable water system that will serve residents for generations to come.â€

Revenue from bulk water consumption, starting today will be placed in the public water utility, with the majority of the revenue directly invested into water infrastructure upgrades.

SUEZ will continue to maintain and operate the system. There will be no change for the process of customer service or bill payments for Hoboken ratepayers.

“The additional $33 million available to make necessary upgrades to our water system is the direct result of my infrastructure subcommittee working collaboratively with the city for the past two years,” added 2nd Ward Councilwoman Tiffanie Fisher.

“Our new contract with SUEZ is an incredible achievement because generating additional revenue equates to less of a burden on city taxpayers. This is a true testament of what we can accomplish when we put politics aside and work together to put Hobokenâ€™s best interests first.â€

Of the $2.2 million in water investments per year, $1.5 million will be allocated for proactive upgrades and new water mains, compared to the previous contractual requirement of only $350,000 in repairs by SUEZ.