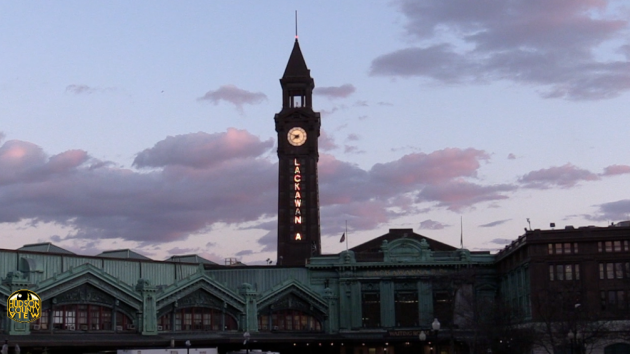 “In the 2019 NJT Presentation, safety and security is listed as another concern regarding Hoboken South. Hoboken Terminal is listed by the Department of Homeland Security on the Top Transit Asset List,” Boswell Engineering wrote in a report excerpt released yesterday.

“However, these identical safety and security concerns existed during the post-9/11 period in which the 2009 NJT study was conducted, and homeland security was not identified by NJT as an impediment to the safe and secure operation of ferry refueling, repair and maintenance operations.”

They continue that the 15-page report on Hoboken Terminal prepared by NJ Transit did not provide any new information explaining how the location would be a greater security threat in 2019 than it was in 2009.

The City of Hoboken has been saying that Hoboken Terminal is the ideal location for NY Waterway’s ferry maintenance and refueling station since November, when a separate report by Boswell Engineering drew that conclusion.

“Without question, Union Dry Dock is the wrong location for a ferry maintenance facility. As the Boswell report once again indicates, Hoboken Terminal and Bayonne are viable alternatives and far better suited than a location in the middle of a residential neighborhood,” Mayor Ravi Bhalla said in a statement.

“Locating Union Dry Dock for a ferry refueling and maintenance facility would go against the professional advice of engineers, environmentalists, and the wishes of thousands of Hoboken residents who overwhelmingly want a waterfront park at the location.â€

Additionally, the second NJ Transit study, prepared by the New Jersey Department of Transportation, WSP Inc. and KPFF Consulting Engineers, the former Military Ocean Terminal at Bayonne would be far too expensive an option to consider.

They estimate that construction could cost between $34.3 million and $47.9 million and could take between six to 15 months to complete, while, Union Dry Dock would only cost somewhere between $9.3 to $10.6 million a year, with no added operational costs to NY Waterway.

However, Boswell says these figures do not take into account the costs it would take to acquire Union Dry Dock (at least $11.5 million) and also contends that Bayonne is a viable option to expend ferry services throughout the region.

“MOTBY is on the outskirts of NYWWâ€™s current ferry routes and presents an opportunity to promote expansion of NYWWâ€™s operations into Central New Jersey, which would result in increased service options and ridership benefitting New Jersey commuters,” the Boswell report says.

“This expansion of ferry service could also pay dividends in reducing bus traffic from central New Jersey to the Hudson River crossings into New York.”

BayonneÂ released a request for proposalsÂ for a ferry operator back in June of last year, but the project has not moved beyond that point to date.

â€œThese studies ignore politics and tell the truth, despite the lies and abuse our opponents have been spouting. They confirm what we have said for 10 years: Union Dry Dock is the only suitable location for a ferry repair and maintenance facility,” he said at the time.

A spokeswoman for NJ Transit did not return an email seeking comment on the findings of the new Boswell Engineering report.

In midst of investigation into sex acts, Hoboken to consider revoking...