While it has been 19 days since the Hoboken City Council passed a measure banning campaigning and politicking while on city time, members of the governing body and Mayor Ravi Bhalla are still slugging it out over the recent legislation. 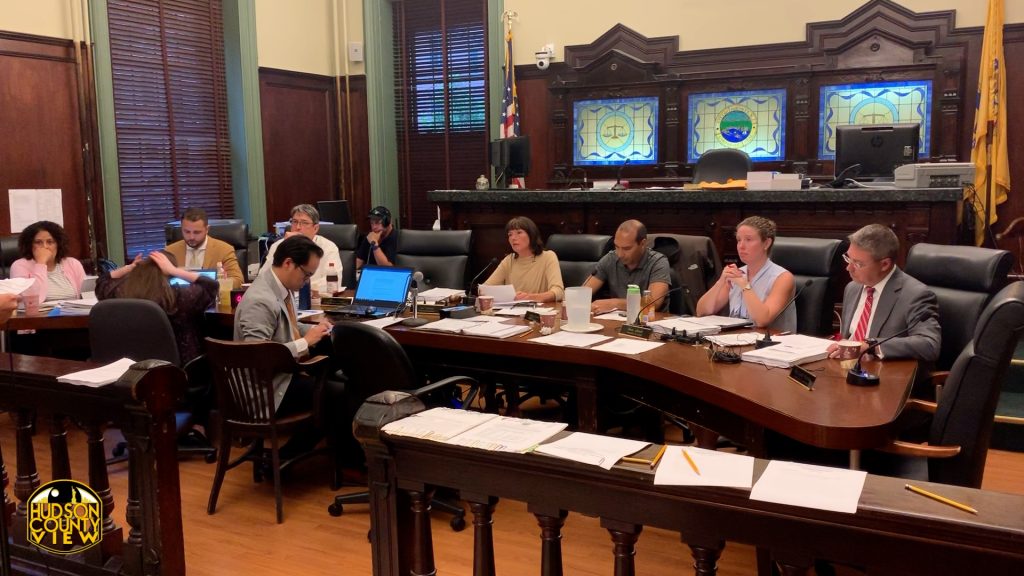 â€œThe Mayor and his administration have repeatedly misused taxpayer resources to advance their own political agendas,â€ 1st Ward Councilman Mike DeFusco, a co-sponsor of the legislation, said in a statement.

â€œPolitics should never be operating out of City Hall or influencing the decisions being made that affect Hoboken residents. Itâ€™s alarming, though not surprising, that Mayor Bhalla would intentionally fail to put his signature on a piece of common sense legislation that bars city employees from performing political activities during business hours on the taxpayersâ€™ dime.â€

2nd Ward Councilwoman Tiffanie Fisher, the other sponsor, also questioned why the mayor didn’t sign the ordinance into law, despite it passing by a definitive 6-2 vote on August 7th.

â€œI am proud to have co-sponsored this important piece of policy to protect the integrity of city resources funded by taxpayer dollars,â€ Fisher added.

â€œThe Mayor seems to have been caught between a rock and a hard place: support good ethics laws or veto good ethics laws and support his Council allies who voted no. So he chose the â€˜no actionâ€™ approach, allowing the ordinance to become law without his signature.”

The local legislation has been a hot button issue for Hoboken officials since it was introduced in July, when it was first noted that Nixle alerts could not be used for political purposes.

However, according to city spokesman Vijay Chaudhuri, the mayor did not sign the ordinance based upon the advice of corporation counsel.

“Unfortunately, Councilmembers DeFusco and Fisher are once again stooping to a new low in searching for a problem that does not exist. Instead of launching their usual political attacks at the Mayor, they should work toward real ethics reform which includes addressing the rampant vote-buying brought to light through the corruption trial of Frank Raia, one of DeFuscoâ€™s largest political donors.”

According to a copy of the legislation, the city council is allowed to support or oppose a ballot question as long as any required meeting notice includes the title of the ballot referendum and a public speaking portion is permitted.

Fisher said that Chaudhuri’s response “is exactly the kind of line-crossing that this ordinance is meant to stop,” insisting that “petty politics” is his “tool of choice.”

Relishing at the chance to return fire yet again, the city spokesman answered that it’s typical that Fisher and DeFusco would cause the city to waste resources “on a manufactured crisis.”

Furthermore, Council members-at-Large James Doyle and Emily Jabbour once again stood by their no votes, referring to the ordinance as “sophomoric political grandstanding” during an election cycle.

If all that isn’t enough to satisfy your unquenchable appetite for Hoboken political infighting, Michael Watson, a Democratic committeeman in the 1st Ward, filed an ethics complaint with the state Department of Community Affairs Friday alleging that DeFusco violated his own measure.

In the complaint, he alleges that “it is clear that during the official Hoboken City Council meeting described, Councilman DeFusco spent his time advancing his own political interests via his campaign social media with photographs he himself took at the meeting.”

In an email last week, Watson said he felt that it was time someone called DeFusco out on the carpet, in this instance for posting on his political Facebook page during the council meeting.

“I’m starting to notice a pattern where he attempts to pass legislation that targets his opponents and wanted to speak up,” Watson stated.

With that in mind, a screenshot forward to HCV shows that DeFusco posted a Facebook story on his political page at approximately 7:46 p.m. that said “In council chamber for a rainy August night … Come out, have your voice heard!”

On top of that, the controversial ethics ordinance wasn’t voted on until roughly 10 p.m.

When asked what action he expected the DCA to take if the vote occurred after DeFusco had posted on social media, Watson responded late Monday evening that “I know itâ€™s just a technicality, but it doesnâ€™t bode well that heâ€™s violating his own ethics reform while heâ€™s passing it.”

He also said he believes that DeFusco has acted unethically in several other instances and this is one way for him to finally be held accountable.

DeFusco campaign spokeswoman Caitlin Mota referred to Watson as a “Democratic political operative for the mayor,” asserting that his complaint is a “bogus allegation” since the councilman simply used his non-governmental Facebook page to encourage residents to attend an important meeting.

Editor’s note: This story has been updated with new information.Â