In a letter to the editor, Hoboken residents Bob Conrad and Deborah Jacobus explain why they feel it is time to change the business as usual attitude in Hudson County. 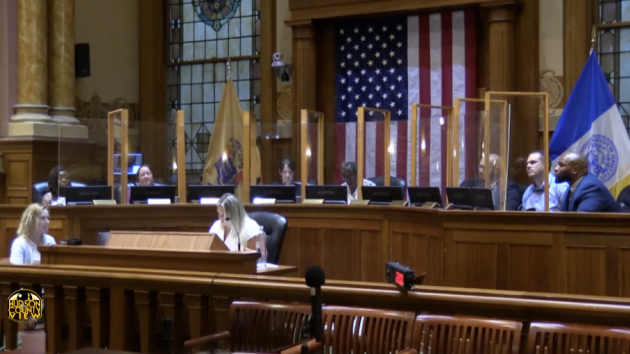 The other day we listened to an interview with Nancy Solomon on NPR, during which she discussed the Amy DeGise traffic case and what it says about politics in New Jersey, specifically in Hudson County.

She spoke about the way “the machine” is formed and preserved – getting “the line” on primary day is essential – and how it influences where and how money is spent in Hudson County; it therefore behooves local politicians to stay in the good graces of those who control the levers of power.

Ms. Solomon went on to discuss how only two of the nine Jersey City Council members (Ms. DeGise being one of the nine) have spoken out in opposition to DeGise’s claim that she will not step down from her council position.

Solomon also noted the council majority, who ran on Mayor Steve Fulop’s “ticket” in last year’s city elections, have been notably silent on this issue – despite, as she also noted, clear video evidence that Ms. DeGise simply drove away from a significant traffic accident.

While Ms. DeGise is certainly entitled to due process, the fact that Mayor Fulop’s loyalists have remained silent, while a large portion of the community, and two council members, have called for her resignation, aligns with Ms. Solomon’s telling of the way things have long been done in Hudson County.

We believe it is time to change the way things are done in Hudson County, starting with a more complete, end-to-end re-evaluation of the Story Dispensary application, in which Mayor Fulop’s wife is a co-owner of the building.

We also ask that the Hoboken City Council, the ultimate arbiter of what is best for the city, evaluate the Story application in a way that becomes less about politics and process and more about the well-being and reputation of our community.