In a letter to the editor, Hoboken Mayor Dawn Zimmer explains why she feels Councilman-at-Large Ravi Bhalla and his slate are the best choices for the Mile Square City. 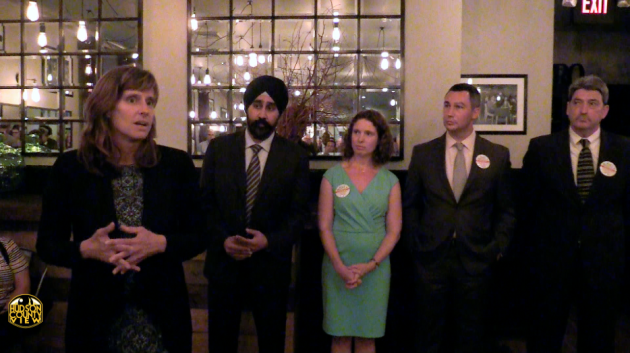 I am writing to express my enthusiastic support for Team Bhalla in the upcoming mayoral and City Council election.

Ravi Bhalla has been my partner for the past eight years as we turned our city around. In 2009, our previous mayor had been arrested for taking bribes. Fiscal mismanagement had led to a state takeover of Hoboken’s finances.

Our city-owned hospital was near bankruptcy, our city taxes had been raised by 70 percent, our long neglected infrastructure was crumbling, and our bond rating was near junk.

With Ravi as my partner, we saved our hospital, held the line on taxes (while building a solid rainy day fund), and earned a AA+ bond rating. We finished Pier C Park, 1600 Park, and acquired eight acres of new parkland with another acre to come.

We installed two new flood pumps and have a real plan to address both flooding from heavy rain events and the next Sandy-like storm, with the $230 million federally funded Rebuild by Design project and over 1.5 million gallons storm water detention capacity to be built into the new parks coming to the western side of the city.

We have accomplished a lot but there is much work left to be done. I personally know all of the candidates for mayor and Ravi is the only candidate I trust to not only keep our city on track but to lead it to an even better future.

On Nov. 7, please vote for Ravi Bhalla and his City Council Team of John Allen, Jim Doyle and Emily Jabbour.