The following is a letter to the editor from outgoing District 7 Freeholder Chairman Jose Munoz: 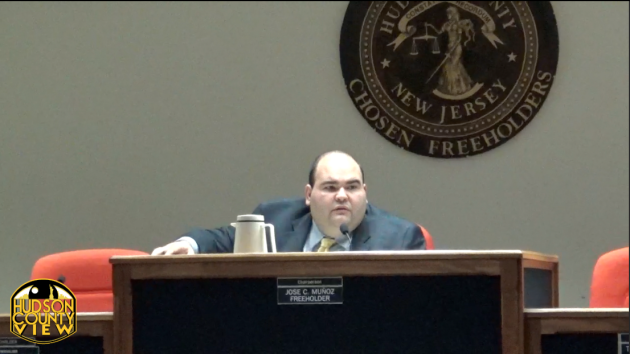 It finally happened and I support President Obama’s bold move in lifting the embargo to Cuba.

This is the peaceful, bloodless change that so many impoverished Cubans have been waiting for and equally important, it paves the way towards democracy.

I am addressing this now because as time goes by, the existing misinformation that is already common will be even more malicious and totally untrue.

I am therefore asking of those that have supported me and to those that believe I stand for what you believe in which is a better West New York, free from political corruption and professionals running the town rather than the elected officials whom we have placed our trust, to be patient a little bit longer. I ask this because you deserve the best qualified and most caring representation.

I am truly humbled that Count Wiley and Chuckie Betancourt asked me to join with them in a slate of solidarity. I agree with the concept of solidarity and I greatly respect both gentlemen, but we differ on several important issues.

First, we are all running for a Commissioner’s seat not a Mayor’s seat. I as well as Mr. Betancourt, Dr. Wiley, and others have all been outspoken about the corruption in West New York and what Mayor Roque has done to degrade this town.

Think for a moment, if we never opposed this man, what would West New York have become? In any event, I believe that if I chose to run, every person on my slate would qualify for Mayor not just one person.

Second, I believe we should change the form of Government so the people can elect their own Mayor. Yes, this would require a referendum, but I believe the people should have the right to choose their top representative.

Undoubtedly, this would definitely upset all those that want control over the hiring and placement of employees, professionals, boards and commissions. I believe in allowing the people to make this important choice.

I also believe anyone would serve the residents of West New York better than our present Mayor Roque.

I would like to end by thanking so many of you for your phone calls, letters, and personal encouragement. If it were not for your overwhelming support, I may never have considered running for Commissioner of West New York. Thank you all!