In a letter to the editor, a North Bergen resident says that Police Sgt. Henry Marrero is “unfit for public office” after watching Monday’s interview with Hudson County View. 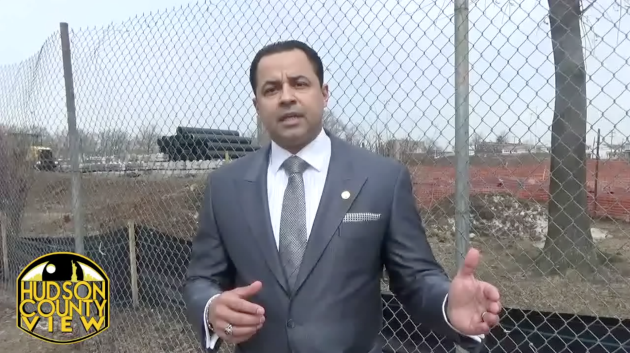 After recently reading and watching the interview of Sgt. Henry Marrero on your website, I was deeply troubled by his use of the phrase ‘Gestapo police force’ and felt it necessary to respond.

Clearly Mr. Marrero is not a man of history otherwise he would understand that invoking such a strong statement minimizes the millions of people who were murdered under the authoritarian rule of a Nazi-controlled Germany.

Nor does he seem to realize the sense of fear people of all races and creeds were forced to live under during this time and thus using it in the name of political rhetoric attempts to trivialize this dark period of history.

Furthermore, as a public servant his “whole entire life”, particularly as a member of the North Bergen police force, I find his statements belittling of the hard work and dedication the officers of North Bergen do every day to keep our streets and community safe day in and day out.

Finally, as a sergeant in the North Bergen police I find his statements at best convenient and at worst hypocritical as he should be in a position to effect change already and only now, when he wants to run for political office, are his eyes supposedly opened to the issues.

Clearly Mr. Marrero is not only someone unfit for public office, harboring a personal agenda, but also an individual the community should reconsider allowing to protect us.