In a letter to the editor, Food & Water Watch interns Demetria Marshall and Ashley Park say that in addition to a negative impact on climate change, the proposed NJ Transit power plant in Kearny would pose a major threat to public health.” 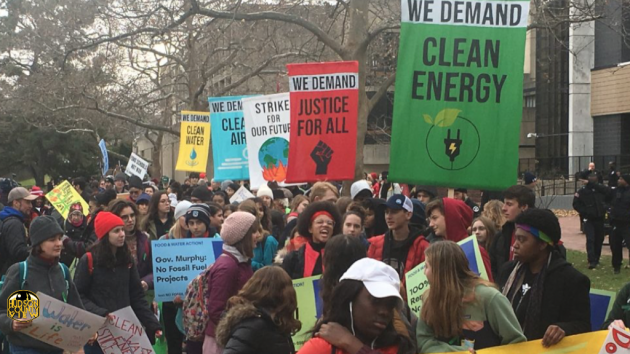 The construction and implementation of the NJ Transit power plant would not only come with detrimental consequences on climate change, but would also pose a major threat to public health. Due to the COVID-19 pandemic, the need to clean up air pollution has become more urgent than ever.

A recent Harvard study concludes that populations exposed to unhealthy levels of air pollution are more vulnerable to the deadliest outcomes from the virus.

The majority of counties in New Jersey have been graded “F” for ozone pollution by the American Lung Association in their 2020 report, and the pollution from this power plant would only worsen the high levels of chronic lung and other diseases in our towns.

The dangers of exposing Northern New Jersey residents to an additional pollution site will only compound and aggravate the current state of the environment and public health.

The stay at home orders from this pandemic have also shown us that our air quality will drastically improve with a reduction in fossil fuel emissions.

Residents in Bergen, Essex, and Hudson counties are now breathing cleaner air because of lower emissions than has been experienced in generations.

Communities disproportionately affected by multiple sources of air pollution deserve a future where the state of their health is not deemed as ‘collateral’ by their own transportation system designed to serve them.

As a world we are headed for a future of climate disaster and the time to transition towards renewable energy sources was yesterday.

The voices of this state’s diverse communities on the frontlines must be heard to preserve a livable future.