In a letter to the editor, a Jersey City middle school teacher says that BOE candidate Mussab Ali “brings a fresh student perspective to the table.” 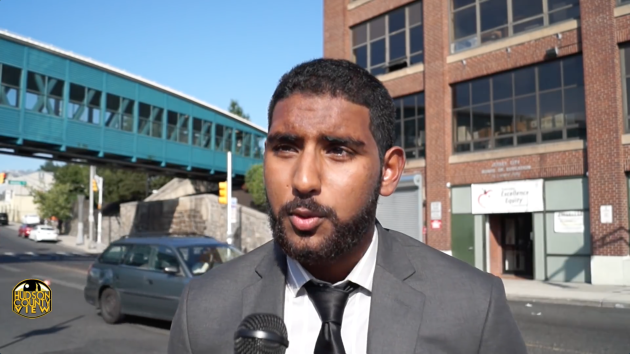 The Jersey City School Board election is on November 8, 2016, and I am proud to endorse Mussab Ali for one of three seats that will be vacated. A recent product of the Jersey City public schools, Mussab brings a fresh student perspective to the table.

Who can better advocate for the children of Jersey City than a young man who attended PS#23, PS#6 and Academy #1? Just last year, he graduated from McNair Academic High School in the top 10% of his class. Our city has enough out-of-towners telling us how to run things.

The last thing we need is someone who has never attended our schools telling us how they should be run.

Mussab is intelligent and articulate. I recall sitting down with him for a casual conversation last Spring. He simply wanted to visit a teacher inside of their classroom after school to sit down and listen.

For a nineteen year-old to display so much empathy and poise as I brought up complex issues like the effect of tax abatements speaks volumes about his level of preparedness. He sees the bigger picture, and that is exactly what is required from an independent, at-large candidate.

As a thirteen-year public school veteran who has spent time in and around the community, I say confidently that Mussab is very aware of other factors affecting the youth throughout the city. His deep-rooted concern for children and their public safety was evident this past June.

I recall him walking alongside me at an anti-violence Unity Walk down Martin Luther King Drive. He also joined me during a tree-mapping initiative as soon as he found out this was something Iâ€™d be implementing in the classroom.

His expressed interest in learning how to use a new cloud-based software (located on the cityâ€™s new app Jersey City Connect) confirmed what I already knew: Mussab Ali has an authentic passion for ensuring our children receive the modern tools they need to thrive.

To date, he and his running mate have run a clean and respectful â€œFix It Nowâ€ campaign. Whether or not they amass the most votes required to win on Election Day is irrelevant.

This campaign, in and of itself, is already a victory for the next generation. Mussabâ€™s presence has brought more attention to an influential School Board seat, one which will inevitably influence our shared future.

Hudson County officials trying to get the word out: please participate...