In a letter to the editor, McNair Academic High School social studies teacher Franky Maldonado explains why he believes the Jersey City Council made a huge mistake in approving a November school board referendum at Wednesday’s meeting. 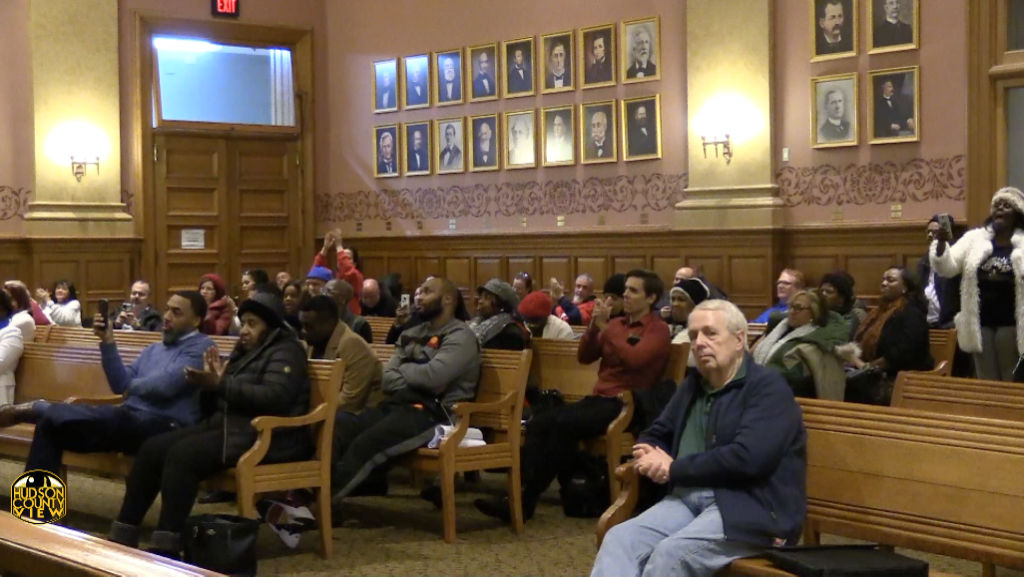 I am writing this email as a taxpayer, voter, educator, and parent.

When Mayor Fulop announced that he was presenting a resolution for a Mayor-Appointed School Board, I immediately thought of Mayor Frank Hague’s consolidation of power in Jersey City from 1917-1947.

As Mayor of Jersey City, Mayor Hague created a system of political patronage and cronyism, turning Jersey City into a “Nefarious Political Machine.”

According to a NJ historian, “you couldnâ€™t attain any job in that city unless you had something to offer Hague.”

Additionally the historian goes onto to say, “Jersey City politics was so overtly corrupt that even President Franklin Roosevelt funneled [New Deal] funds to Hague for favors and votes.”

This type of top-down city corruption was eventually targeted by the FBI under J. Edgar Hoover, the NJ State Prosecutor’s office, and progressive-minded political reformers who sought to wrestle power away from political machines.

After Hague’s tenure, others attempted to mimic the precedent he set; however, most if not all Mayors failed in their attempts to rule “with an Iron Fist.” Today, in 2020, we have the reincarnation of Mayor Hague in the form of Steven Fulop.

There are many differences between these two men, both in terms of upbringing and experiences however, their unsatiated thirst for power are very similar. Both men have used their power to bend the will of city commissioners and elected council members.

Both men have created intra-city emergencies and crises to strengthen their positions in the eyes of the public. Both men have manipulated, cajoled, and undermined true reforms by hijacking the democratic process.

Both men have behaved as if they do not have to answer to the taxpayer and voter.

As a matter of opinion, I believe that both men have convinced themselves that they are smarter than the voter, thus taking on a paternalistic approach to politics proclaiming themselves as “Savior” or “Anointed One.”

This unchecked hunger for political power is both dangerous and poses a threat to our democracy.

Then on Wednesdayâ€™s January 8th council meeting, after many people expressed their opinions (resounding no), most of you (with the exception of Mr. Boggiano whom voted NO & Mr. Lavarro whom ABSTAINED) voted to enact his “master plan.”

What do you have to gain from this? What does the taxpayer gain from this? How will the students benefit from this? Did you do your due diligence in researching how an appointed Board got Jersey City State-Controlled Schools?

Mayor Fulop attempted to exert influence over the schools with Dr. Lyles and Board members that he once upon a time supported. What did they do to the schools? They left them underfunded and understaffed!

Now he is asking you for the schools and you hand him the keys with your resounding vote. Jersey City: Make It Yours! Meanwhile, people are being priced out of their homes due to high taxes.

Developers are coming in and bulldozing traditional communities in favor of luxurious condos for New Yorkers. These developers get all sorts of “perks” but the traditional taxpayer gets shafted. Gentrification is suffocating our communities.

Invest in what you have here! Stop pandering to the developers and their cronies. Leave our schools alone!

Just look at what Senator Booker did in Newark while he was Mayor.

In closing, what you did cannot be undone. Some of you put your interests above what is best for the taxpayers and our children. Maybe you were naive about what the Mayor was asking. Maybe you were not paying attention because you have a life outside of council chambers and a phone in your hand.

If you want to reconcile your position before the community start by opposing the Mayor. Speak out against his power grab and maybe then we will believe in you. I had a dream last night that I was in a dense fog. I was frightened and lost.

Then I heard a loud voice calling onto me. I thought it was God. So I searched for the voice in the fog. As I got closer and closer the voice became stronger and louder. The fog began to dissipate as I neared the source.

As the fog disappeared I found a mirror, and in the mirror I saw my reflection. It was my conscience reminding me that I am only human and I can make mistakes.

Don’t let this MISTAKE define your tenure and career as a City Councilperson of Jersey City. All the best for the year.