In a letter to the editor, Hoboken resident Cheryl Fallick explains why the “Kids First” board of education team deserve your vote if you feel “our residents are worth defending.” 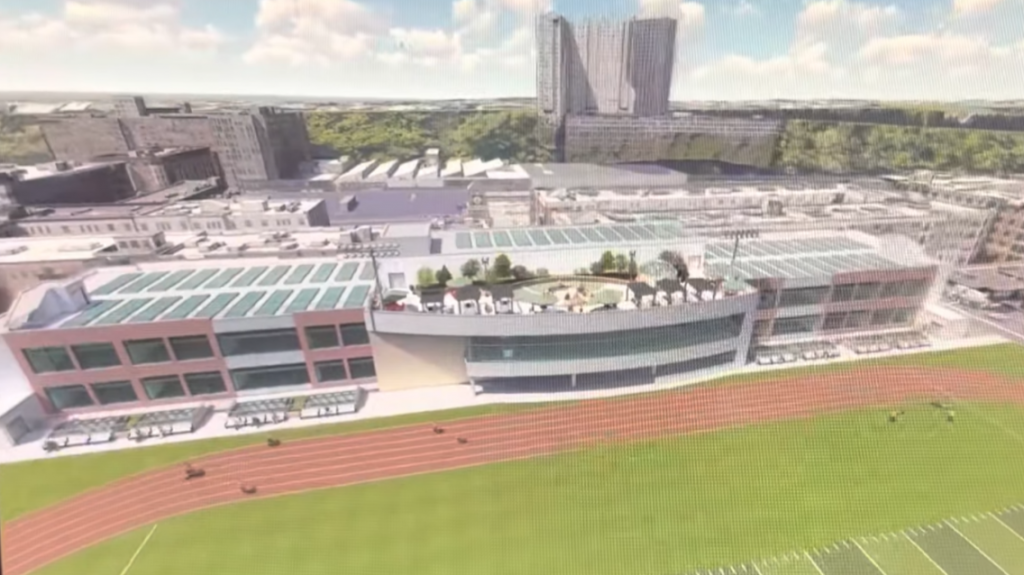 “Self-defense is not just a set of techniques; it’s a state of mind, and it begins with the belief that you are worth defending.” Rorion Gracie

For a long time, many of Hoboken’s residents have barely been hanging on to their homes; others struggle to pay escalating rents.

The ever-increasing push towards higher property values puts a direct target on our backs.

Earlier this year, the BoE put forward a surprise referendum asking residents to vote up or down on a 241M educational/recreational BoE complex completely funded by the taxpayers, which includes property owners and renters alike. We voted it down.

When promoting that plan, supporters enticed us by saying the new school would increase property values. Some of you may also have noticed that there is a sudden push to do another city-wide property revaluation.

Others may be aware of the proposed multiservice/police/fire complex. The resulting increased property value from a costly new school coupled with a property revaluation and bonding for a complex would increase monthly costs for all residents.

In some cases, property owners may be forced to sell. As properties sell, for renters, the prospects are bleak as displacement of existing renters becomes inevitable.

Elevating any need for additional space in our public school district while disregarding the longer-standing housing affordability crisis in Hoboken is unacceptable.

Like all local elections, the BoE race is about Hoboken. Our district schools are part of Hoboken.

The school’s children, their needs and the desires of their parents are no more or less part of the community than are the needs of everybody else living within our mile square city.

Some insist this election is narrowly focused on the BoE yet wage a campaign with national overtones in a maneuver harkening back to the tactics of one of the worst periods of the 20th century, the McCarthy era, a time of accusations and guilt by association when everybody fixated on accusing their neighbors of being disloyal traders to the country.

During that time, differing opinions weren’t welcome and anyone that disagreed was an enemy. This behavior suggests that the slate promoting concerns about a risk of regressive education infiltrating the curriculum, is probably the one more likely to do so.

To be clear, none of the Kids First candidates have even remotely suggested that they plan to implement some of the distasteful things that their opponents accuse them of.

Personally, I’m glad to hear some parents share that they are happy with the education their children are receiving. I’m also delighted if the children love their school.

But viscerally when parents that supported and continue to demand an expensive new high school suggest that residents that didn’t, and won’t, should move out of Hoboken, it’s impossible not to feel ugly classism embedded in their demand.

This is especially true since they refuse to acknowledge that such a project will cause a financial hardship on many of Hoboken’s residents.

Instead, they deflect and remind us that the students from Hoboken’s Housing Authority will benefit from a new school while praising the racial diversity in the district.

But Hoboken’s most recognizable advocate for the children of the Hoboken Housing Authority (HHA) and a strong black woman herself, candidate Patricia Waiters, had a much different perspective at the recent BoE debate when she stated, “It sounds good, again, to hear diversity but then I see, [their] actions speak differently.” I agree with her.

What I’ve seen is an establishment that will disregard the negative financial consequences to many Hoboken residents from their actions. Their supporters take it farther, suggesting that people with reasonable reservations are liars, selfish and/or hate children.

Despite this ridiculous rhetoric, the BoE must consider the impact of their decisions on the entire community and, it’s clear that they did not and, sadly, are still unwilling.

One candidate, Antonio Grana’s response to the vote against the referendum was to suggest that the BoE needs to “teach” the voting public about supply and demand. This is not someone that will be inclusive in their decision making.

It’s clear that there will be another proposal of some sort to address infrastructure needs and, the Kids First slate has acknowledged this. But there is a difference in what they say about it and what the opposing slate says.

The Kids First slate unequivocally states that they will be open, transparent and, yes, inclusive in any process. Their opponents acknowledge that the establishment failed in the past and openly admit that they need to do more community outreach.

But notice what they say about community participation. The intention is not to include us, but to “educate” us on the need for an expensive new school. That message is clear as a bell. They are already telling us that they will never listen.

“When someone shows you who they are, believe them the first time.” Maya Angelou.

Our residents are worth defending. On November 8th, I’ll be voting in self-defense for Kids First: Pavel Sokolov, Cindy Wiegand, Donna Magen – 6,7,8.