In a letter to the editor, former Jersey City Ward B Councilman Chris Gadsden expresses his disappointment with the new proposed ward maps and the process that created them. 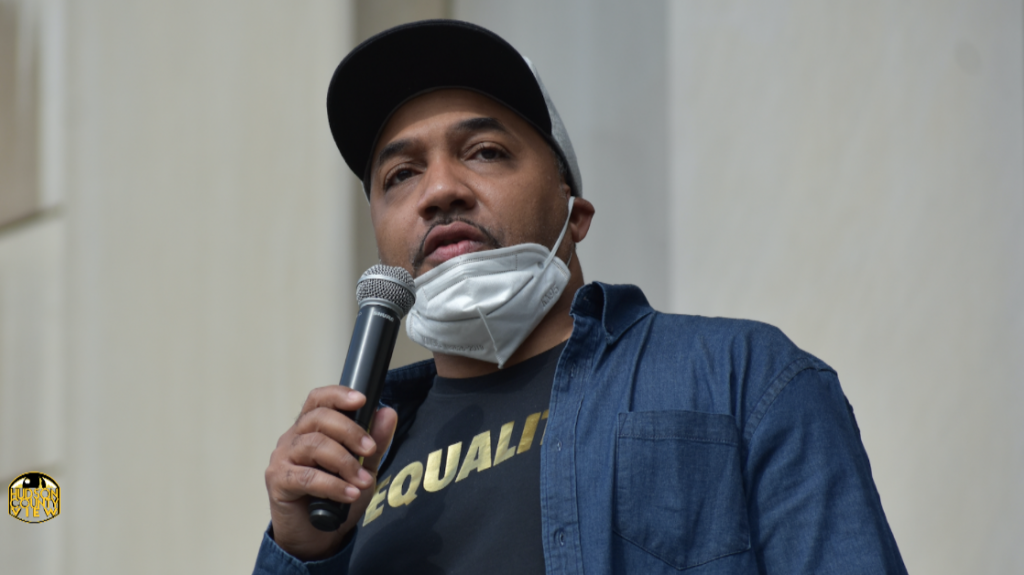 We wonder why voter turnout is so low. For the next couple of years, voter turnout will be low because voters will be confused and this will only benefit the politically powerful and well connected.

The ward commissioners have the responsibility to fix and determine the ward boundaries so that each ward is formed of compact and contiguous territory.

Contiguous: sharing a common border; touching. The redistricted map in its current state is loose and disorganized.

The most recent federal decennial census shall be used as the population determinant.

The commissioners said that the wards are evenly divided in population, about 48,700 per ward. We didn’t have to do that. We could have used the law to have Ward E, since it grew in population to at least 52,000 and a smaller ward had about 46,000 residents in it.

You also did not have to change the boundaries of Ward A, B, and F on the southern portion of the city. The commission should leave Wards A and F alone since its population in 2020 is similar to 2010.

The commission did not use the natural boundaries of Jersey City like the Palisades, major roads like JFK Boulevard, Bergen Ave. Before, I could tell someone that Ward B starts from Fisk to Broadway, between Bergen Ave. and Route 440.

Looking at the draft it’s going to be a challenge. What’s contiguous about the West Side being the North, South, East, and West Side of Jersey City?

How is the new section in Ward D considered contiguous when the Palisades is the divide between the Heights and Hudson waterfront? By having Hoboken Ave. and a portion of Grove Street in Ward D, it divides neighborhoods for constituents and is not contiguous.

How do you justify what seems to happen on Whiton Street and a portion of Lafayette switching between A and F? Who does that benefit?

We never had Lafayette and Curries Woods in the same ward. How is it possible that Downtown Jersey City is in four separate wards with four councilpersons?

Could you please explain how the ward districts are aligned to the current census tracts? I’m concerned about the drop in the Black vote in Ward B.

We have to re-zone, I get it. But when major changes come along, it’s helpful to, you know, at least talk to the community and get their feedback. Commissioner John Minella, you knew the timetable.

If we used your timeline, as of Friday, January 14, 2022, you had two weeks to submit to the state. However, you also had two months to create new ward maps and discuss them with the community. What was the hold-up? Why did we have to meet a day before the commission vote on the final district map? Is it fair, is it democratic?

Thankfully, the commission did not know how to use Zoom and the redistricting meeting is rescheduled.

With John Minella, being the chief of staff of the mayor, and working closely with Hudson County political leadership, you cannot tell me that the mayor, county executive, democratic organizational leaders did not know what John John Minella was planning in regards to the ward maps.

If the mayor, the HCDO, and JCDO knew about these uneven non-contiguous boundaries, they should have at least had meetings after the runoff election to discuss redistricting with the newly elected council and their constituents.

While campaigning for Mayor Fulop, you should have told Councilwoman Denise Ridley that she was going to lose the Bayfront development where a considerable amount of affordable housing was slated for Ward A, Society Hill, and Country Village, you should have told Councilman Frank Gilmore that he is left out of the Sci-Tech City, protecting Liberty State Park, and losing a portion of Lafayette.

Maybe Councilman Yousef Saleh should have been introduced to the residents of Holland Gardens because it looks like that portion was taken away from Councilman James Solomon.

The city had a duty to explain to the residents the possibility that leaders who they elected would not be representing them because of the redistricting.

Now, Mayor Fulop wants to go to court to ask for an extension to keep the current boundaries until the next election.

Maybe Mayor Fulop should have expressed that to Chief of Staff John Minella before he created those distorted, non-compact, and non-contiguous ward maps.

LETTER: Snyder and Innovation High Schools should be in different buildings