In a letter to the editor, former Union City Deputy Police Chief Joe Blaettler says that while reforms are certainly needed in law enforcement, politicians should be facing the blame, not the police. 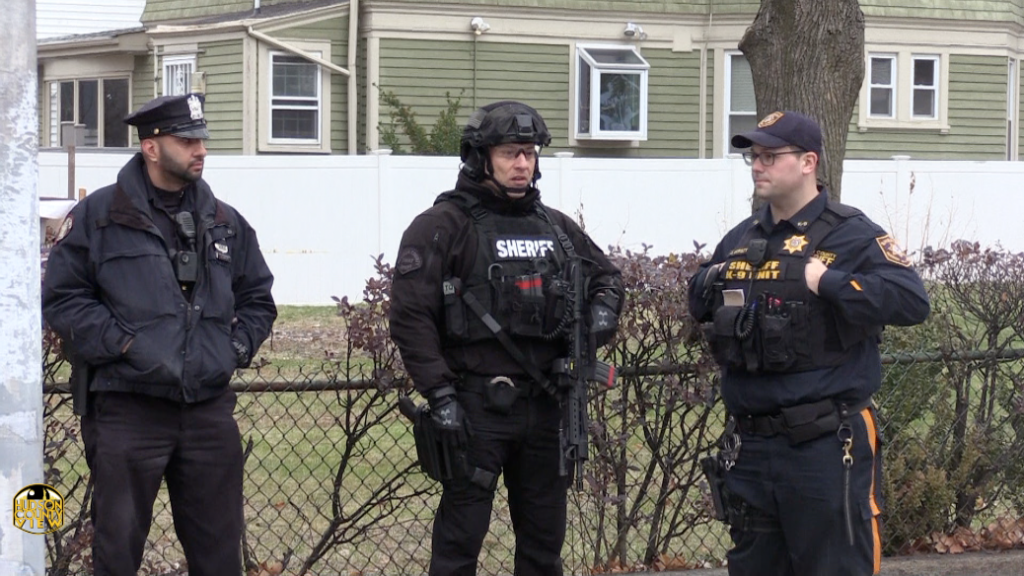 Do we need reform in policing? Absolutely 100%. Over the last few weeks all fingers have been pointed at police officers for everything wrong in policing.

Politicians are the ones who set police policy; the chief carries out their policies.

Politicians are responsible for who gets hired, who gets promoted, what equipment is purchased, how money is allocated, and most importantly, they have the final say in serious disciplinary matters.

Police chiefs report to politicians – the ‘appropriate authority’ – who is a civilian.

In the State of New Jersey police power is codified in what is known as Title 40:
Accountability of Chiefs of Police Under State Law N.J.S.A. 40A:14-118 does not eliminate supervisory authority over the police force, even when a chief of police is authorized and appointed.

On the contrary, the police chief remains directly responsible to the designated appropriate authority for the “efficiency and conduct of departmental operations, and must abide by policies established by such authority in carrying out his or her responsibilities.

The statute also requires the Chief to “report at least monthly to the appropriate authority in such form as shall be prescribed by such authority on the operation of the force during the preceding month, and make such other reports as may be requested by such authority.”

Due to the current climate and anti-police rhetoric, many politicians are calling for major police reform and defunding of the police. Politicians have had the power over the last 30+ years, where have they been in terms of monitoring and reforming the police?

Why were they not mandating change? These current issues did not happen overnight, they have been festering for the last 30+ years.

The Chief Law Enforcement Officer in New Jersey is the Attorney General, who is a civilian appointed by the governor. Where have our past and current AG’s been in the last 30+ years? The AG’s set the guidelines on Use of Force among other policies.

The last time there were major revisions to the New Jersey Use of Force Policy was 2001. Where have our civilian leaders been the last 19 years? What was preventing them from updating or revising the policy? Nothing. It just was not convenient for them to do so.

Now that the proverbial crap has hit the fan, many politicians are yelling for reform; reform and defund the police! What these politicians are not acknowledging is the fact that they have had the power to reform all along.

Yet, they have done nothing. What the politicians also will not tell you is that in the State of New Jersey, local and state politicians receive an insane amount of money from police unions and individual police officers. How does this money affect policy change?

A simple search of New Jersey Election records will reveal the insane amounts of money which cops and other public employees give to politicians. Take Union City, for example.

Brian Stack, who is the mayor, state senator, and in charge of the Union City Department of Public Safety, has accepted hundreds of thousands of dollars from individual police officers over the last 20 years.

Hypothetically, what if a major contributor to Stack gets in trouble or is on a promotional list? Stack must determine a penalty or whether one is promoted or not, will the money the officer contributed play a role in Stack’s decision?

As we talk about police reform, will politicians make a pledge that they will no longer ask police officers or other public employee for campaign contributions?

Since Brian Stack is out there marching and taking a knee with the protestors, will he take a knee and pledge that he will no longer accept money from police officers or ask police officers to campaign for him?

Will other politicians take a knee and pledge that they will no longer accept money from police officers or public employees?

The public is angry with policing: direct your anger at the politicians who have created this mess.

D/Chief Retired, currently a Federal, State, and Locally recognized police policy and procedures expert working on behalf of both Plaintiffs and Defendants.