District 31 Republican Assembly nominee Matthew Kopko is making serious allegations about Ward F Democratic leader Eugene McKnight, claiming that he sent men to threaten him at a community event over the weekend, though the McKnight camp says “this is more personal than it is politics.”Â 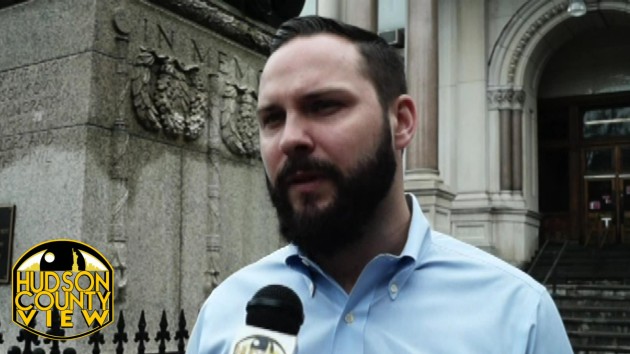 Speaking with Hudson County View over the phone, Kopko said he attended the Astor Place Neighborhood Association’s Celebration of Family Day in Jersey City on Saturday, when he says he caught McKnight staring him down.

Minutes later, Kopko states that “two large men came up to me and threatened my personal safety,” prompting him to file a police report for the incident.

â€œThey told me ‘You better get out of here and if you donâ€™t leave, we canâ€™t guarantee your safety.’ From there, Eugene kept shouting at me, instigating the issue, so I’m pressing conspiracy charges against him for orchestrating this,” Kopko said, also exclaiming that he and his wife are not taking the situation lightly.

“Iâ€™m just glad that Iâ€™m physically safe, I go a lot of place people donâ€™t go and say a lot of things people donâ€™t say. My wife is very upset and feels very unsafe over this incident.”

Kopko then decided to go for the jugular on Eugene McKnight, accusing him of “doing things illegally his whole life,” and also calling him a “despicable and desperate man.”

“Eugene McKnight knows heâ€™s done things illegally his whole life. Heâ€™s like a cornered rodent because he know his actions are catching up to him. He’s a despicable and desperate man who deserves no position in the public trust. … Itâ€™s 2015 and these types of actions have no place in public discourse.”

The campaign of District 31 Assembly nominee Angela McKnight, who is related to Eugene McKnight through marriage, told a completely different story of the situation in question, calling Kopko the instigator, also stressing that Angela was in no way involved in the incident.

“Angela arrived at the block party alone, she did not come with Eugene. After meeting with different people, Kopko attempted to engage with her on several occasions, which she was not interested in doing since he has continually attacked her character throughout the campaign,” said Dejon Morris, a campaign spokesman.

Morris said that Kopko was the one who tried to exchange words with Eugene McKnight while he was sitting at a table with Nicholas Chiaravalloti, Angela McKnight’s running mate.

He stressed that Angela McKnight never spoke to Kopko at the event, and that she would never condone or “engage in any type of physical threats or violence.”

“It’s a cheap ploy to turn the community against the Hudson County Democratic Organization. This is more personal than it is politics. Angela is trying to stay positive and classy, focusing on the issues she stands on,” Morris concluded.

Eugene McKnight did not return a call or voicemail seeking comment.