Lizandra Rios was charged with transportation of child pornography on May 7th for allegedly sending a video of a baby girl being touched inappropriately via group text, but her case was already dismissed today based on a new court filing with the U.S. Attorney’s Office in the Southern District of New York.

The filing from today is vague, simply stating that “the government respectfully requests the court to dismiss [the Rios case] without prejudice.”

U.S. District Judge Lisa Margaret Smith approved the request, which provided no details as to why the case was being withdrawn.

A spokesman for the U.S. Attorney’s Office declined to comment beyond what was in the court filing. 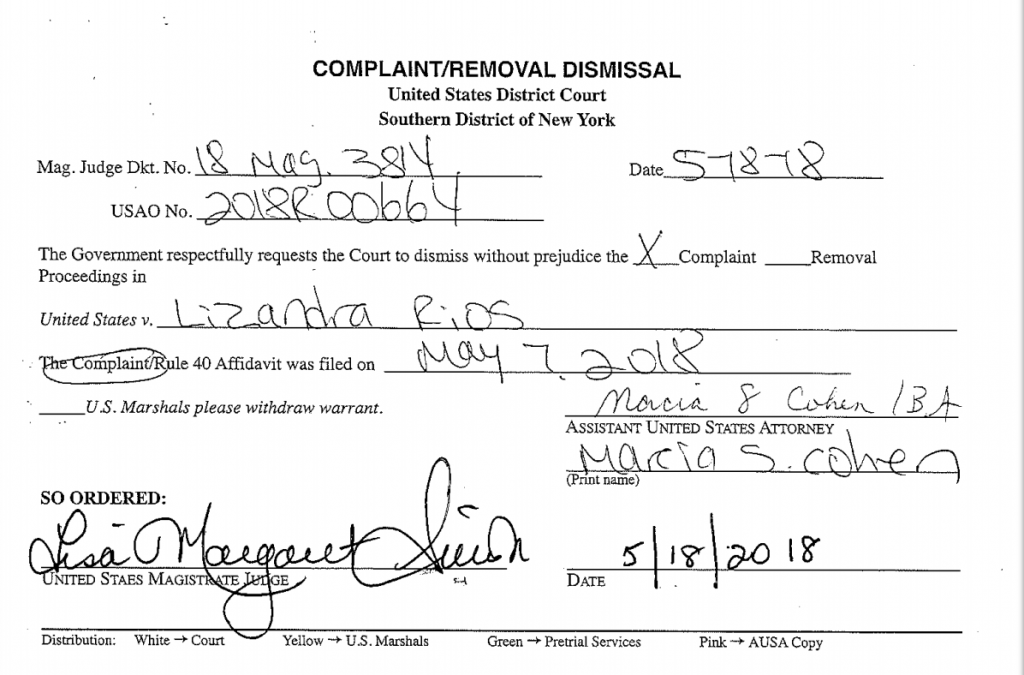