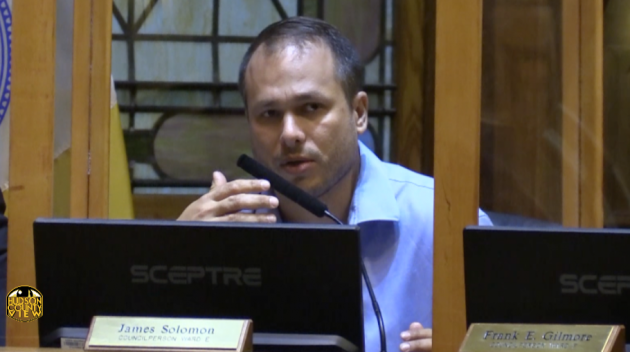 “My new staff will be an important addition to making sure my office remains efficient, transparent, and effective. I am grateful to have them by my side as we work together for people of Ward E and the whole city,” Solomon said in a statement.

Kristel Mejia-Asqui will serve as his director of constituent services, Brandon Syphrett has been hired as outreach director, with Isaac Smith – who worked in former Councilman-at-Large Rolando Lavarro’s office – brought on board as the legislative/political director.

“As the son of an immigrant and person of color I am committed to standing up for the oppressed and giving a voice to the unheard,” added Syphrett, who previously worked as a field organizer for the Joe Biden campaign in Philadelphia and is also an alumnus of New Jersey City University.

As for Smith, he graduated from George Washington University with a degree in public policy, with an interest in urban planning and affordable housing. He is also a lifelong resident of Greenville.

“I’m looking forward to using whatever skills I have to help Councilman Solomon serve you, the people of Ward E, the best that we can,” he noted.