While the average Jersey City resident had little to no interest in Election Day, insiders spent around 14 hours slugging it out over dozens of Democratic committee seats up for grabs. 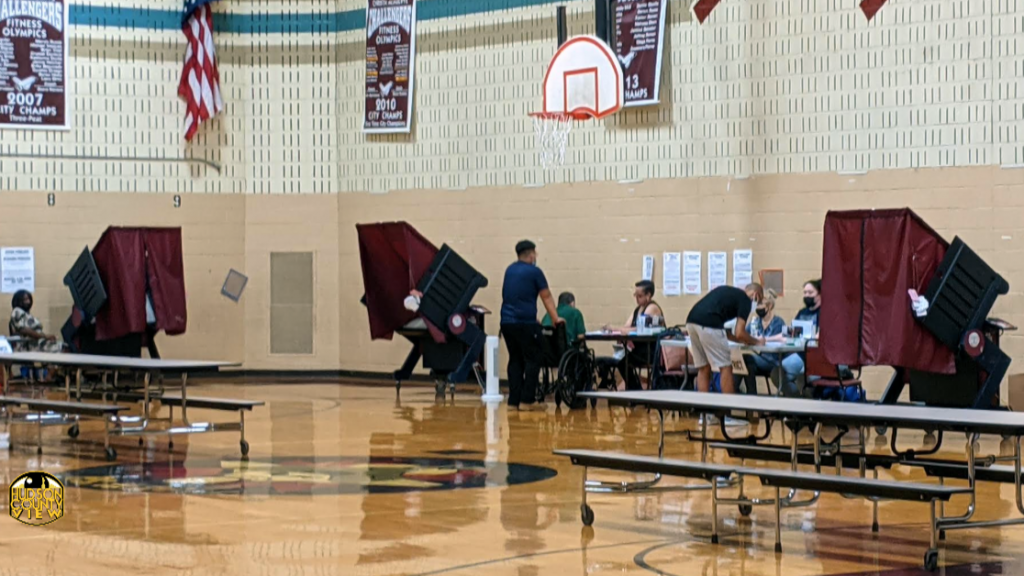 The Jersey City Democratic Organization has 366 seats, 56 of which were being contested and 53 of those by progressive challengers affiliated with either the Hudson County Progressive Alliance or the Progressive Democrats of Hudson County.

While that may not sound like a big deal to the average Joe, the political class in Jersey City all begged to differ.

As for the progressive lineup, Ward E Councilman James Solomon, Councilman-at-Large Rolando Lavarro, at-Large candidates Elvin Dominici and Chris Gadsden, mayoral hopeful Lewis Spears, as well as PDHC leader Hector Oseguera all stepped up to try and even the odds.

When the smoke settled, preliminary tallies from the Jersey City Clerk’s Office that do not include vote-by-mail or provisional ballots – along with nine districts not tallied at all – have the JCDO winning 33 seats and the progressive challengers picking up 20, including 14 off the line bids in Ward E.

“For Downtown, I think the message is clear, which is that they want their representatives to be proudly progressive and independent from the machine,” Solomon said.

” … For me, the key now is to try and replicate the results in E in the other five wards. The grass roots are there and we have two years to make the committee a lot more contested,” also noting that progressive wins have been trending upward since 2017.

JCDO Chair Barbara Stamato also expressed satisfaction with the results, noting that they secured 310 seats that were uncontested, as well as giving credit to the progressive victors from Downtown.

“I think everybody did well, everybody worked together. I give the Downtown progressives credit for winning their seats and overall I think we did really well. It really didn’t change anything drastically for us, we knew we had some uncontested seats and they would win some [of the contested].”

HCPA leader Amy Torres, who won her Ward E committee seat by a 3-to-1 margin, provided further context as to why Tuesday was a big win for progressives.

“Our numbers may seem small at first glance, but the fear of our growth is palpable. The JCDO did not leave a single seat unoccupied this cycle, with a turnover rate of 1/3 of its incumbents and vacancies,” she stated.

“While overall city-turnout was low, some districts with contested races saw turnout nearly triple from 2019 proving that progressive choice is healthy for our democracy. When powerful politicians are accountable to real people, there are no losers.”

While no stone was left unturned from either side, the JCDO placed a heavy emphasis on winning Wards B and C, specifically the districts where Joel Brooks and Kevin Bing, council challengers in those respective wards, were running for committee seats.

Fulop explained why there was a concentrated effort in Ward B, District 22, stating it had nothing to do with Brooks’ council candidacy.

“The only reason I was there is that Joel Brooks repeatedly was not kind, bullied, and tried to intimidate German [Santiago] who is a graduate of A. Harry Moore and just a great person so we made a commitment we wouldn’t allow someone to bully him and we would do all we can to help German win, which we did,” the mayor asserted.

Brooks disputed both of Fulop’s claims, emphasizing that he would never bully anyone, especially someone with disabilities, and that he was proud of his showing on Election Day.

” … The claim I bullied anyone is laughable – in fact, I took time out of campaigning to warn the Mayor about someone in the neighborhood who has bullied me (and included him) with anti-semitic and bigoted social media posts,” he said.

” … The political machine is scared because they see our campaign for change on the West Side of Jersey City. False claims like this will not fool voters in November, just like the tired tactics of the machine did not fool them on election day in Ward B District 22. Despite the efforts of the mayor of the largest city in New Jersey and six of his handpicked Row A operatives, they were not successful on Election Day.”

After the machine votes were tallied in that district, Amy Albert led with 46, Brooks was in second with 44, and Santiago was in third with 42, according to the aforementioned preliminary tallies.

The top two vote getters in each district are victorious.

According to Hudson County Board of Elections Clerk Michael Harper, Santiago received seven vote-by-mails to one for Brooks, which would put Santiago in the lead and Albert in second place by one vote, though the results remain uncertified and close races like this one may not be official until Monday, Harper said.

As for District 16 in Ward C, Aponte-Lipski, her husband Steve Lipski – a former councilman – Fulop, and McCann combined forces to hand Bing, a committee incumbent, a loss, coming up short 20 to 37 on the machines against Ray Bremmer.

Stamato, McCann’s sister, questioned the political calculus of Bing running for committee and council in the same year (the municipal elections are on November 2nd).

“Kevin is running for council, but politically that’s not a good move [to run for both]. He got less votes than he did two years ago, when you want to run for office it takes a lot of work if you really want to win,” she said.

In a lengthy statement acknowledging the loss, Bing said he had no regrets and remains undeterred in his quest for a council seat, adding that he feels he will improve on his machine tally through the many outstanding VBMs and provisionals in his district.

“Many politicians lose elections. That includes the two former mayors and two councilpeople who, combined with the HCDO chair, a county commissioner, and paid canvassers, were able to muster the 21 votes needed to put my opponent over the edge in yesterday’s committee race,” he explained.

“I got involved in the Hudson County Progressive Alliance because I wanted politicians to actually engage with voters. I took a political risk in running for county committee during my council race because I still believe in that value. The threat of my small committee reelection was so great that the machine finally did what we had been asking all along — talk to our neighbors and earn our vote.”

Overall, Fulop expressed satisfaction with the preliminary results and congratulated everyone who decided to put their names on the ballot.

“When you look at the competitive districts citywide, I think the results were really good overall for the Murphy line and we’ve extremely happy with the outcome. With that in mind, regardless of win or lose, I think the candidates across the board should be proud of engaging in the Democratic process.”

Furthermore, while Harper did not have citywide totals available yet, he said that approximately 4,700 VBMs were submitted countywide, with about 100 rejections, along with around 1,500 provisionals received.

He also anticipates that many, if not all, committee races with decisive winners will be certified by the end of today.

Additionally, while it’s not unusual for New Jersey primary elections to have low turnout, this one seemed to have a particularly high amount of apathy in Hudson County.

They had just 9.35 percent voter turnout and 38,133 ballots cast with 436 out of 455 districts reporting, according to the county clerk’s office.