Two Jersey City Incinerator Authority rolloff trucks were involved in a serious accident on Route 17 South in Hasbrouck Heights, which closed the highway for nearly an hour according to CLIFFVIEW PILOT. 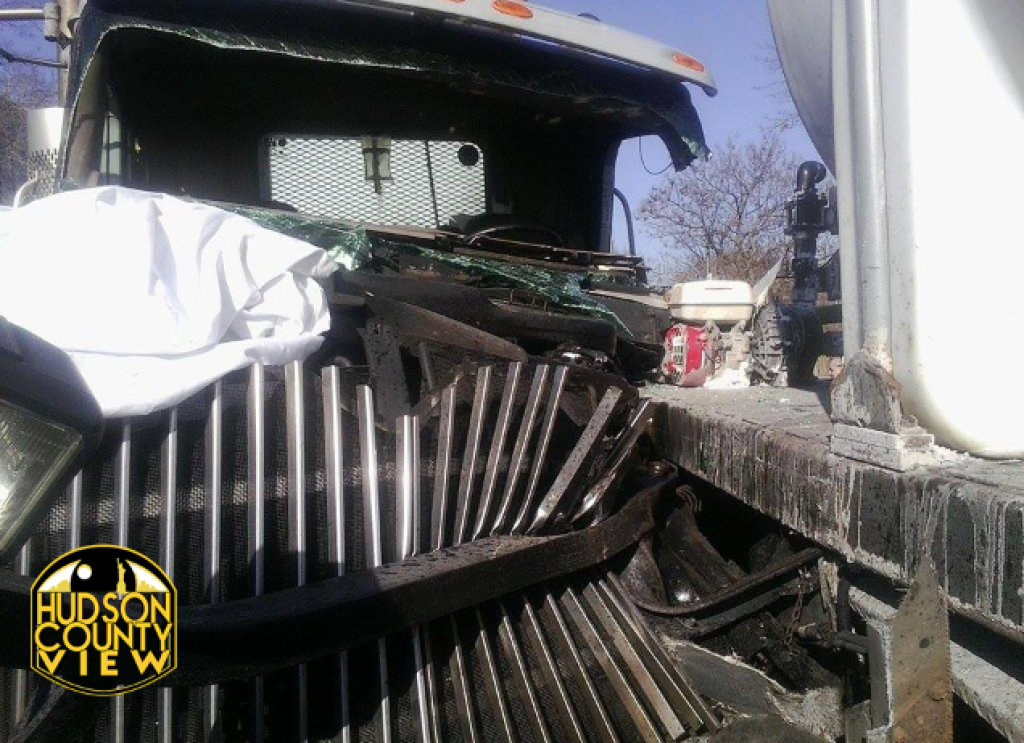 According to sources within the JCIA, the trucks were headed to Ho-Ho-Kus to pickup liquid brine, which is commonly used for deicing roads during winter storms. T

he source also said that one of the drivers was in serious condition following the collision.

A call seeking comment on this story from JCIA Director Oren Dabney’s office was not immediately returned.

CLIFFVIEW PILOT has reported that the other driver was also taken to Hackensack University Medical Center with injuries “that werenâ€™t considered serious,” according to Detective Sgt. Michael Colaneri Jr.

Colaneri told CLIFFVIEW PILOT the first truck was stopped at the light at Williams in the left lane of Route 17 when it was struck from behind by the second one.

Rescue teams from Lodi and Wood-Ridge assisted Hasbrouck Heights in the rescue effort, according to the report.