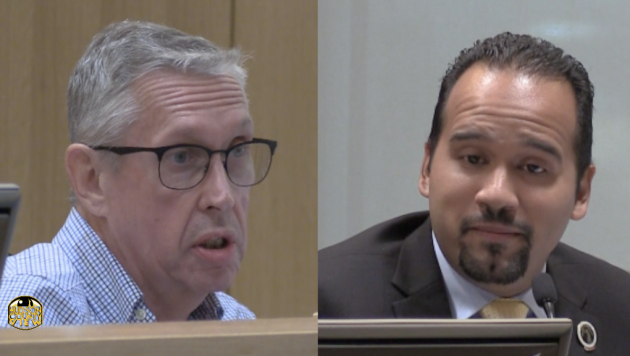 â€œI gave [Jail] Director Edwards about an hourâ€™s notice that we would be coming, and that we wanted to eat lunch with the detainees in one of the pods,” O’Dea said in a statement.

While O’Dea, Board of Chosen Freeholders Chair Anthony Vainieri (D-8) and many other local elected officials hosted a tour of the jail on August 10th, Torres said he was not invited and still wanted to evaluate the situation first hand

â€œI had been given an extensive tour a number of months ago but I wanted to go speak at length to some of the detainees,” Torres said in the same statement.

Vainieri said that particular claim was misleading, since the aforementioned tour was for the Freeholders Public Safety Committee which consists of Vainieri, O’Dea, as well as Freeholders Jerry Walker (D-3) and Anthony Romano (D-5).

He added that no more than four freeholders could have been present or it would have been a violation of the Open Public Meeting Act.

On another note, O’Dea and Torres said when they were at the facility on August 14th,Â  many of the detainees complained that they did not have many opportunities for recreation, particularly activities outdoors.

â€œThey should be getting four hours a day of outside recreation, they are not!,” they added in a joint statement.

The duo continued that Edwards made a verbal commitment to allow a second night of the week for detainees to have their families visit (Saturday is currently the only day) and that visitation time would be extended from 30 minutes to an hour.

O’Dea and Torres voted against approving the county’s muti-million dollar contract with ICE last month, earlier this month pushing to hold their September 13th meeting at a larger venue, but that effort came up short.