While it appeared ready to go last week, Jersey City will have to wait a little bit longer before the city council votes on an ordinance to pave the way for a civilian complaint review board. 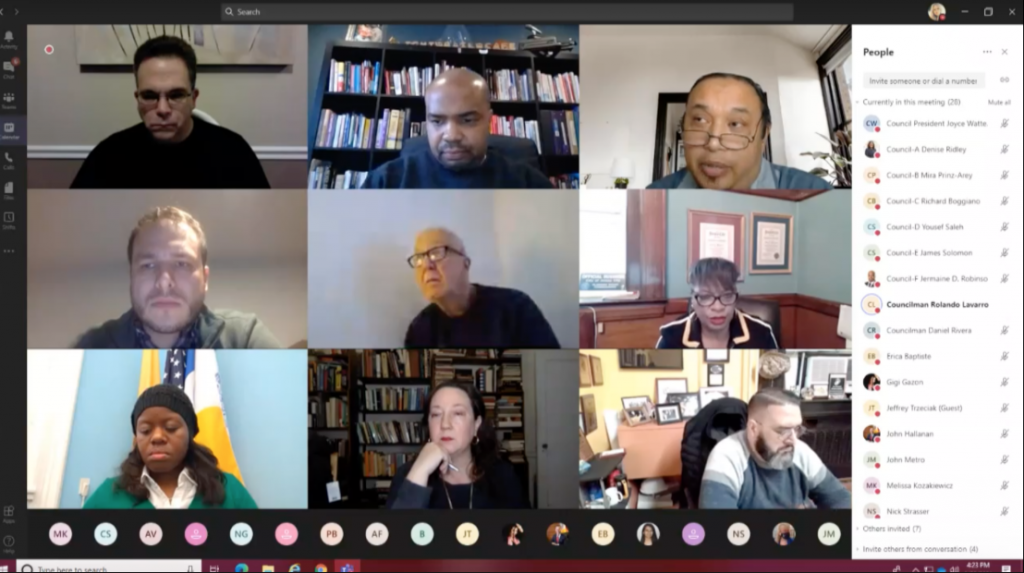 “We have meetings set up with all the different council people,” Ward A Councilwoman Denise Ridley explained. She is sponsoring the CCRB measure with Ward E Councilman James Solomon.

“We don’t want to confuse people and have anyone think that by us doing this ordinance, we’re forming a CCRB as soon as this passes. There are still loopholes and laws that need to pass at the state level. We do not have control over that, we can certainly support that.”

She noted the pending bill at the state level, where the primary sponsor is Assemblywoman Angela McKnight (D-31).

While the Assembly Community and Development Committee cleared the legislation in June, but it didn’t make it beyond that point and also is yet to get a sponsorship in the state Senate.

“This does not make a CCRB with a subpoena power law. It says this is what we would like to see, but the state must first do their part,” Ridley said regarding the ordinance.

She noted there are many who have vested interests, but there are currently plans to bring everyone to the table in the coming weeks and then introduce a slightly amended measure in March.

Back in September, Solomon and Ridley both appeared poised to introduce separate CCRB ordinances, but eventually thought better of it and decided to hit the negotiating table instead.

“Obviously, we’re going to be very clear in all our messaging that this doesn’t create a CCRB in Jersey City the moment it’s passed. It sets up the structure so that when the state authorizes it, it would then go into effect,” Solomon added.

“She [McKnight] has encouraged us to move forward here in Jersey City … Once Jersey City acts, we’ll have a whole statewide campaign to authorize CCRBS across the state.”

He insisted there would be “fair and impartial” appointments to the CCCRB to both the community and police officers.

“There’s going to be a clear public process for every nomination to be considered. You’ll have nominations coming from both potentially city council members and basically a committee that will review the nominations,” Solomon said.

He explained anyone can apply and they would look over resumes. Mayor Steven Fulop will then review them, and the city council will vote on nominations.

“Communities most impacted by the questions of potential police misconduct are included and have their voices heard: we’ve come a long way.”

“Was there any specific concern that had it tabled?” Councilman-at-Large Rolando Lavarro asked.

Ridley said there are questions on the process regarding who sits on the CCRB.

In the proposal that was announced last week, five of the 11 CCRB members would be chosen my a committee compromised of the three council-at-large members and several community leaders, with the other six being recommended by each individual ward council member.

In a separate matter that was up for second reading, the city council would match a $5 million grant for the library – increasing the budget to $10 million.

“This is for a match for a $5 million construction bond. It’s for the main library only,” Library Director Jeffrey Trzeciak said.

Lavarro explained he would approve the ordinance to match the grant, but still wanted a few questions answered ahead of Wednesday’s vote.

“Did this come before the city council?” he began.

“Is the council only informed at the back end of the reward? Is council approval required?,” Lavarro continued, directing his question to Metro.

“We come to the council if the grant requires it, and we then come, as John said, at the end of the process when the grant is awarded – knowing full well that the council can stop the award at any time,” Deputy Business Administrator Melissa Kozakiewicz said.

“For the sake of the process, I think the city council should be involved in that decision to actually to commit at the time of application or prior to application, the decision to commit $5 million of our capital dollars in some way to the libraries or to any capital cost,” Lavarro responded.

“I would ask the Law department to provide a legal opinion. Our responsibilities and our authority and power as a legislative body is one of financial oversight.”

Ultimately, Lavarro commended Trzeciak for obtaining the grant, who later noted that the time frame to match the grant is almost up if the council decides to do so – with a March 1st deadline in this scenario.

“What would this do for the library if approved?” Ward D Councilman Yousef Saleh asked.

Trzeciak said they would fill in the “U” shape of the main library with a four-story tower and allocate more space for books.

In turn, this would create more public seating, space for computers, a teen center, meeting rooms, a multi-purpose room, renovate the main stairwell and hallways, add a handicap bathroom, and renovate the entrance.

Additionally, Lavarro called for the Arts and Culture Trust Fund tax rate to go up to 0.005, double from the proposed 0.0025 rate, per $100 dollars of total municipal assessed real property.

However, the first reading of that ordinance ended up being tabled.

In November’s general election, Jersey City voters chose to creating an Arts and Culture Trust Fund to fund Jersey City arts, with 63.6 percent of the voters supporting the referendum.