In a fairly unexpected twist, the Jersey City Council voted against a measure that would have limited all public speakers, not just during the public speaking portion of the meeting, to five minutes.Â

“It’s very important that when we do come here, we take as long as we want to address an ordinance … this is the only time to speak to an ordinance … By leaving the mandate in, this is a cost to our democracy,” said Jersey City resident Dan Levin.

Levin, along with several other speakers including Yvonne Balcer and Daniel Sicardi, expressed that the council was having a knee-jerk reaction after a council meeting last month centered around moving the Katyn monument went past 2 a.m.

Ward C Councilman Rich Boggiano, who was chastised for introducing a nearly identical ordinance four years ago, agreed with suggestions from the public of going back to the old council rules where only six ordinances could be up for second hearing per meeting.

LaVern Webb-Washington was the sole member of the public who said that she was in favor of the council approving the resolution in front of them that would scale back public comment.

“I look at all these mayor’s [portraits] and wonder where all these people were going for years, that came up here, stayed up here for 30 minutes,” she recalled.

“I wonder if they’re going out of order. Just like Boggiano said, people came to this council to discuss more important stuff get tired of sitting here and gotta leave and go home and never can address what they came here [for].”

After nearly 40 minute of public comment, Ward A Councilwoman Denise Ridley said she was in favor of the measure to keep more of her constituents engaged with local government.

“I think it’s been said a few times that five minutes is considered fair and reasonable by the State of New Jersey and that other municipalities limit [the overall time] and we do not,” she began.

“I encourage residents in Ward A to come to council meetings. One of the main complaints I get, once I do get them here, is that they don’t want to sit through any more of these meetings – it’s very hard to get them to come back because they say it’s too many people speaking for too long.”

Ward E Councilman James Solomon and Ward B Councilwoman Mira Prinz-Arey cited similar interactions with their constituents before voting yes, with the former noting that having special hearings on the $180 million Bayfront project and the $588 million budget as examples of keeping the public engaged on issues.

Additionally, Boggiano said he had to vote no “as of now,” but added that he would bring it back if “things don’t change” in regards to speakers staying on topic and meetings staying as concise as possible.

Councilwoman-at-Large Joyce Watterman opted to abstain on the resolution, stating that she feels the ordinance needs to be rewritten, though she was unsure what changes should be made at the moment.

Arguably the most surprising no was Councilman-at-Large Daniel Rivera, who explained both positions on the issue in detail before he cast his vote.

” … I definitely don’t like the ordinance. I do understand, however, people come here and they stay here forever and they want to say [remarks about an issue affecting their neighborhood] … that’s totally not fair for you to have a concern about your block and have to sit here and listen to all the concerns [before them].”

The measure ultimately failed by a vote of 4-4(1), with council members Boggiano, Rivera, Ward F Councilman Jermaine Robinson and Ward D Councilman Michael Yun (who voted against the introduction as well) voting no.

The full hearing on the public speaking measure, which lasted for an hour and streamed live on our Facebook page, can be seen below: 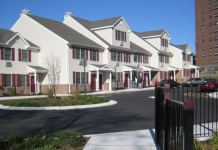