The Jersey City Council will decide if education activist Yousef Saleh will be the one to succeed late Ward D Councilman Michael Yun at a special meeting on Thursday. 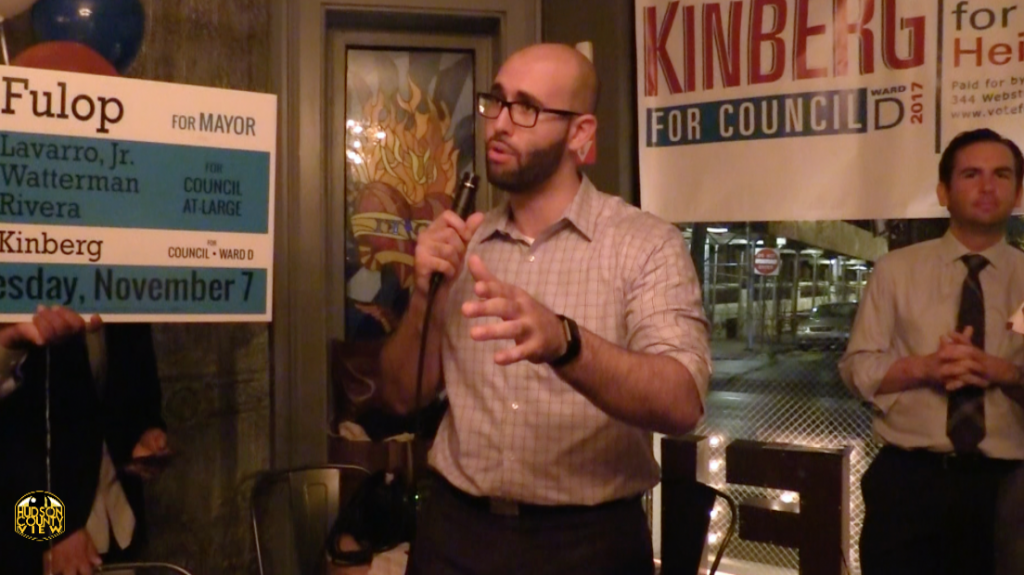 â€œThereâ€™s no doubt, Mr. Saleh will be a great Ward D Councilman. These are unforeseen circumstances in unprecedented times, and while we never imagined having to make such a saddened decision, we know Yousef Saleh is the best person to advocate for The Heights where he has lived since he was born, and where he has been involved in everything from the local Farmersâ€™ Market to the Community Board,â€ Council President Joyce Watterman said in a statement.

â€œCouncilman Yun was a tireless advocate for Jersey City, and he will always be remembered for his contributions to the community. While nobody can pick up exactly where Councilman Yun had left off, I believe Yousef will be able to continue the progress that we have seen in Ward D over the years,â€ added Mayor Steven Fulop.

Yun died on April 6th due toÂ complications from COVID-19Â and the city council has 30 days to appoint his replacement, according to state statute.

Saleh graduated from McNair Academy in 2007 where he was elected as the student representative on the Jersey City Board of Education. He then went on to obtain his Juris Doctorate from Rutgers Law School where he studied Corporate and Political Corruption.

He also previously worked in City Hall, having served as a Law Clerk within the Jersey City Law Department between 2014 and 2015 where his duties included drafting ordinances and resolutions for the city council.

Currently, he’s an employee at J.P. Morgan Chase, working with businesses to maintain regulatory compliance, and volunteers to similarly help small businesses on weekends, a service to the community that is crucial now more than ever.

Saleh also ran for the board of education in 2017, when he considered a Ward D council run, and was briefly a candidate the following year before withdrawing.

â€œHaving worked alongside Councilman Yun, I am extremely saddened for his family and for the communityâ€™s loss of a passionate and tireless advocate,â€ Saleh said in a statement.

â€œI do hope to make him and all Ward D residents proud by taking an oath to do my absolute best as a staunch advocate for the community where I was fortunate enough to grow up surrounded by loving family and friends, and where I still live today. Iâ€™m truly humbled to be considered for this great honor.â€

The special meeting is currently set for Thursday at 2 p.m.

On Friday, Councilmen Rolando Lavarro and James Solomon announced that they would conduct and record interviews for Ward D candidates that would be posted on social media tomorrow.

“Councilperson Lavarro and I are committed to an open and transparent process. We received over 75 questions from residents of the Heights,” Solomon said today.

“We’ll get them answers and then support the candidate that will represent them with integrity and independence.”

Lavarro echoed that sentiment, declining to speculate on why Fulop and Watterman came out in support of a candidate ahead of the scheduled interviews.

“Regardless of their intentions, we have every intention of moving forward with an open and transparent process – honoring Michael Yun’s legacy and doing right by the people of the Heights.”

Additionally, former state Assemblyman Sean Connors was an early favorite for the appointment, though he removed his name from contention, as did Board of Education Trustee Gerald Lyons.

Patrick is the president of the Riverview Neighborhood Association, which Rans is also a member of, while Ambrossi and Hadjiyannis were both key members of Yun’s 2013 campaign.

Meanwhile, Torres is a retired firefighter that had a lackluster showing at the polls against Yun and Moriah Kinberg in 2017, while David Calton is a lieutenant in the Jersey City Police Department.

In 2017, Saleh endorsed Kinburg for the Ward D council seat, who ran on Fulop’s ticket, though Yun ended up being re-elected decisively.

Regardless who ends up being appointed, the seat will be up for grabs in a November special election, and then be on the ballot again in November 2021 as part of the Jersey City municipal elections.