The Jersey City Council unanimously passed (9-0) two resolutions authorizing condemnation at the 6th Street Embankment, a downtown property that the city has been fighting to acquire for decades. 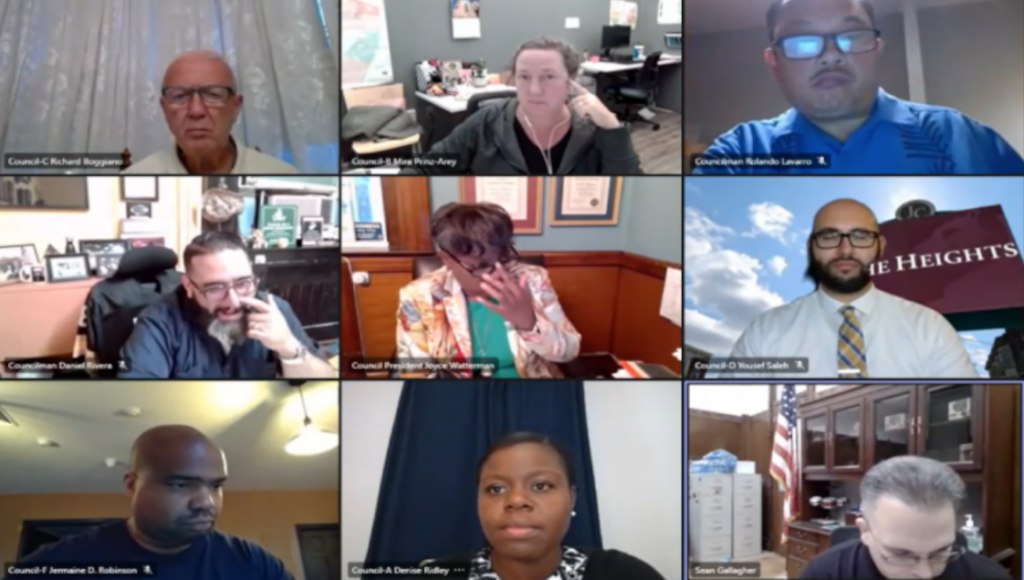 Condemnation cuts through the many legal issues with the property so it can be redeveloped into a park that has a walking and biking trail, among other open space amenities.

Patrick McAuley, of the high-powered law firm Connell Foley, spoke out against condemnation during the public portion.

McAuley claimed Jersey City is not authorized to include the Conrail parcels in a redevelopment area because federal law preempts local laws. Conrail has been holding up the development for years, which is why the city wants to invoke condemnation.

The property is currently owned by Victoria Hyman, the widow of Steve Hyman, though the federal Surface Transportation Board is expected to rule on the case today.

Conversely, Elena Little, president of the Harsimus Cove Association, spoke in favor of the measure.

“These are great public needs for our growing population. The Harsimus Embankment lies partially within our bounds and the HCA considers part of the historic district,” she said.

“The area leading to the Bergen Arches is necessary to bring the East Coast Greenway west of the Hackensack River and has the potential to connect every ward in the city through a trailed network.”

She also said the area has few green spaces and pedestrians and bikers need a protected area to enjoy.

“The embankment preservation coalition strongly supports these areas as being designated as in need of redevelopment. They have long laid fallow. The railroads do not keep them in good condition. When it’s convenient for them, they sell off portions of these properties, and um, we’ve all paid the price over the last 15 years,” he explained.

He wanted to preserve the corridor for open space and future needs.

Jeanne Daly was concerned the western area behind Harismus cemetery is owned by the cemetery, which complicates matters.

She thought that area should be exempted from condemnation, as well as noting there there could be lingering tax issues connected to the spot.

“If we do not know what is going on with this land, we are foolish to pass this,” Daly stated.

Addtionally, Peter Delman said he has lived by the 6th Street Embankment for 42 years and has sought to preserve it. He called the resolutions “a valuable tool to save the property of the rail and trail coordinator and precious and unique open space.”

Maureen Crowley said climate change is a serious issue in Jersey City, and turning the embankment into a nature trail helps address it, while Jennifer Meyer praised the Planning Department’s efforts on the condemnation study.

“I sincerely hope the city will be able to preserve the embankment following in the footsteps of the Highline in New York City, which has proven to be a major economic engine area of Manhattan,” added resident Robb Kushner.

He added it will serve as a “link in the chain of foot and bike trails that make up the 2900 mile long East Coast Greenway stretching from the Canadian Border in Maine down to Key West in Florida and running through virtually our cities on the Eastern Seaboard.”

A second resolution had to be added after Tuesday’s caucus to ensure condemnation was a viable option, as HCV first reported.