The Jersey City Council passed a resolution directing the planning board to revise or amend the Tidewater Basin Redevelopment Plan which could lead to the construction of more affordable units downtown. 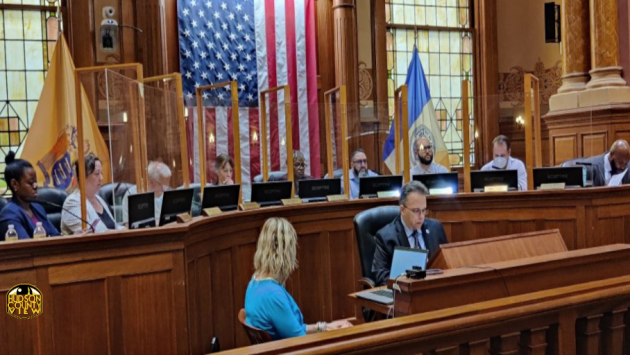 The planning board is directed to prepare an amendment for a designated redevelopment area and they will determine if the Inclusionary Zoning Ordinance is applicable, according to the resolution, which also says a public hearing is required.

“To qualify for the use of the Inclusionary Housing Overlay District, the development
parcel must be at least thirty thousand (30,000) square feet in area and have
frontage on all three of these streets: Grand Street, Marin Boulevard and Sussex
Street,” the local legislation noted.

During the public portion, several people came out against the study.

“The traffic issues at the light would increase dramatically by the number of people who would be inhabiting there. Cars would take up spots. We do not want the carefully conceived and planned building revived,” said Charlotte Kreutz.

“I bought my house in the historic district 20 years ago. We made the largest investment in our lives knowing there were planning controls. I urge you not to approve this resolution,” Daniel Spadaro said to some applause, also expressing concern about the impact to property values.

Another downtown resident, Stephanie Daniels, specifically questioned how this could effect traffic and schools.

“No one cares about red lights. No one cares to stop for bicycles. There’s no enforcement. We have to be at the table. I hope you vote not to reopen that,” she concluded to applause.

Ward C Councilman Rich Boggiano appeared to be leaning towards tabling the resolution, acknowledging the concerns, though Ward E Councilman James Solomon, who represents the district in question, said the plan is ripe for improvements.

He also noted the city council passed an IZO to create more affordable housing and this district is still lacking in that aspect.

“This is the first time a proposal that might meet our criteria of being studied. That’s why for me, it meets that bar because we have not had enough affordable housing built in Jersey City,” Solomon explained, pointing out this could lead to the construction of a 14-story building.

“Ms. Daniels brought up good points on infrastructure. They need to have multiple meetings to make sure those concerns are heard … I am in favor of studying because of the importance of creating affordable homes in the city.”

Ward F Councilman Frank “Educational” Gilmore said he was not going to go against the voices of the district despite being supporting of more affordable units in the city.

“I felt like we had to listen to the individuals who occupy the area. We have to take into concerns the people who would be affected the most. That’s very telling for me … I love affordable housing. I think it should be affordable for everybody. I am going to vote no,” he said.

The resolution was approved by a vote of 7-1(1), with Gilmore voting no and Boggiano abstaining.

Ex-Jersey City cop sentenced to 18 months in prison for no-show...