The Jersey City Council okayed a resolution for a memorandum of understanding between Hudson County, allocating at least $2 million annually towards Liberty Science Center High School – part of the Scitech Scity project – for the next 30 years at a six-hour meeting with plenty of public dissent. 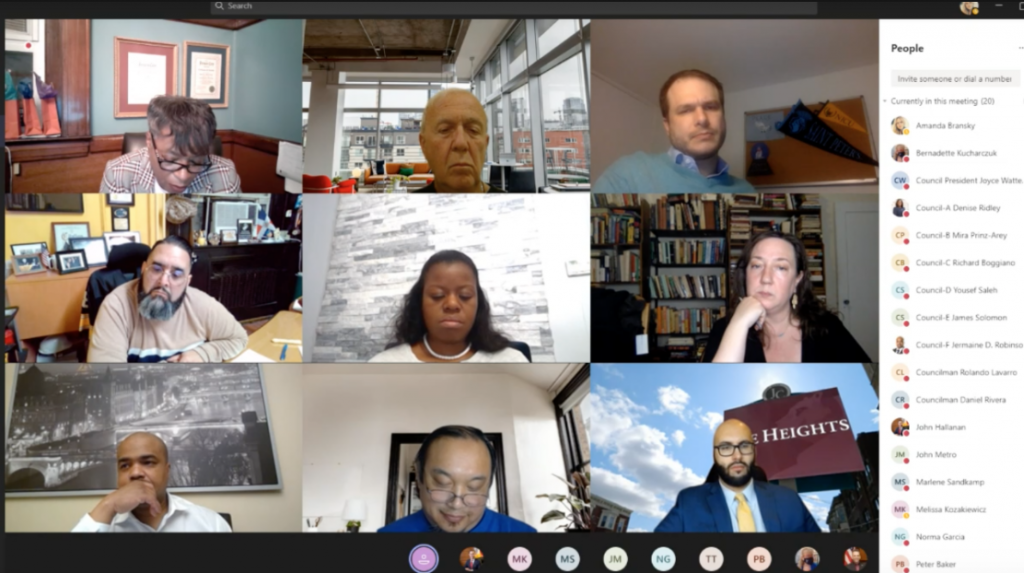 Among the dozens of public speakers, many expressed outrage since the Jersey City Board of Education is facing another huge deficit that will necessitate another tax increase this year.

“The process is yet another closed-door deal we have become accustomed to over the past eight years,” said McNair Academic High School Athletic Director Kristen Zadroga-Hart said.

Like many others, she said LSC High School was supposed to be a part of the Jersey City Public School, not a county school, according to the land use deal the council approved in 2017.

Hart noted that while former Superintendent of Schools Dr. Marcia Lyles may have been against the LSC plan, Fulop did not ask her successor, Franklin Walker, to weigh in.

BOE President Mussab Ali question if City Hall “is miseducated or willfully ignorant,” pushing back against claims that the school district spends irresponsibly, citing a recent meeting with Walker and Fulop.

“I know you guys are smart enough to understand that does not solve our funding problem. If you care about our kids, table this resolution and commit to funding Jersey City public schools.”

Other current and former BOE trustees spoke on the subject, with incumbents Lorenzo Richardson and Gina Verdibello adamantly opposed, while Sangeeta Ranade and Vida Gangadin were in favor.

While the mayor, who was the last speaker during the public portion, certainly took his hits, their were still several parents who spoke in favor of moving the county school forward.

“Education is the key to unlocking life’s many possibilities. And it’s estimated that 65 percent of elementary-age children will work in jobs that don’t exist today. So as parents, we need options for good public schools that will ready our children not for today but for the advanced world of tomorrow,” Jackie Cox explained.

” … One argument that I constantly here tonight is that taxpayers here in Jersey City are paying to educate children outside of Jersey City. I would just like to remind the city council that our public school system receives such a devastating cut is because other parts of the State of New Jersey did not want to pitch in tax dollars,” said Saulo Diaz.

Still, many public school teachers and students chided the proposal.

“The optics of it and the timing of it is very insulting to the Jersey City public school you … This is not the time to do this,” said teacher Mike Greco.

Rosaly Santos, a student at McNair Academic High School, said that the school basement floods on rainy days, which ruined the notebooks in her locker.

She added many laptops are broken with missing keys, and it took months to get textbooks.

LSC President and CEO Paul Hoffman said he was committed to building a Jersey City public school, however, there was no funding mechanism to do so, echoing Fulop’s remarks from Monday’s caucus.

“What’s unique about this school is the internships and all the meaningful experiences that those children could do,” Hoffman said, arguing they will be able to work at tech companies that will also be a part of SciTech Scity.

During his public comments around 11 p.m., Fulop reiterated that the city has helped fund various amenities and shared services for the public schools, still indicating that writing blank checks is not a viable option here.

“What I’m not willing to do is write a blank check on the school funding conversation …  Every municipality in Hudson County is paying their percentage of what the added cost is with the exception of Jersey City that is paying a little bit more, about $1.2 million more,” Fulop said, indicating that it was false that the other 11 Hudson municipalities wouldn’t fund the LSC High School

He also said this endeavor was justified since many Jersey City students go to the county schools and that 240 out of the 400 students here would be from Jersey City, even though it was not explicitly, written into the MOU.

Prior to the vote, Ward E Councilman James Solomon made a motion to defer the resolution to the next meeting, which was seconded by Councilman-at-Large Rolando Lavarro.

That motion failed by a vote of 6-2(1), with Solomon and Lavarro in favor and Councilman-at-Large Daniel Rivera abstaining since he works for the Hudson County Schools of Technology.

When it was finally time to vote, Ward A Councilwoman Denise Ridley said that “it’s a little aggravating … because I feel like the city is being dumped on” whenever the topic of school funding comes up, calling for a collaborative effort to come together and fight on the state level before voting yes.

Furthermore, Ward D Councilman Yousef Saleh said he understood the frustration from teachers and parents, noting that the state took over local control of the BOE the year he was born and continuing that he is a product of the public schools.

While contrasting the difference between Type 1 and Type 2 school districts, he also said that if there had been an appointed school board in 2017, they would have had the authority to bond for the SciTech Scity land before casting his yes vote.

Solomon said that “he wouldn’t sell my car on a handshake deal,” doubling down on what he said at the caucus, that he didn’t understand why Jersey City student enrollment figures couldn’t be a part of the MOU and cited that reason for voting no.

In a lengthy speech compared to his colleagues, Lavarro again questioned the equity of the deal at hand before voting against the measure.

” … There is a certain disdain and contempt for the Jersey City Public Schools that comes from this administration … Mayor Fulop literally said ‘putting money into the abyss of the public schools’ and that’s the framework that the schools are being viewed in,” he concluded.

“There’s a contempt here for that and I for one, I get it there are issues and concerns to be dealt with … but we got our own issues here in city government in Jersey City. And so we all need to do better, we all gotta work on this.”

Ultimately after six hours, the resolution was approved by the same tally as the motion to defer, 6-2(1), with Solomon and Lavarro voting no and Rivera abstaining.