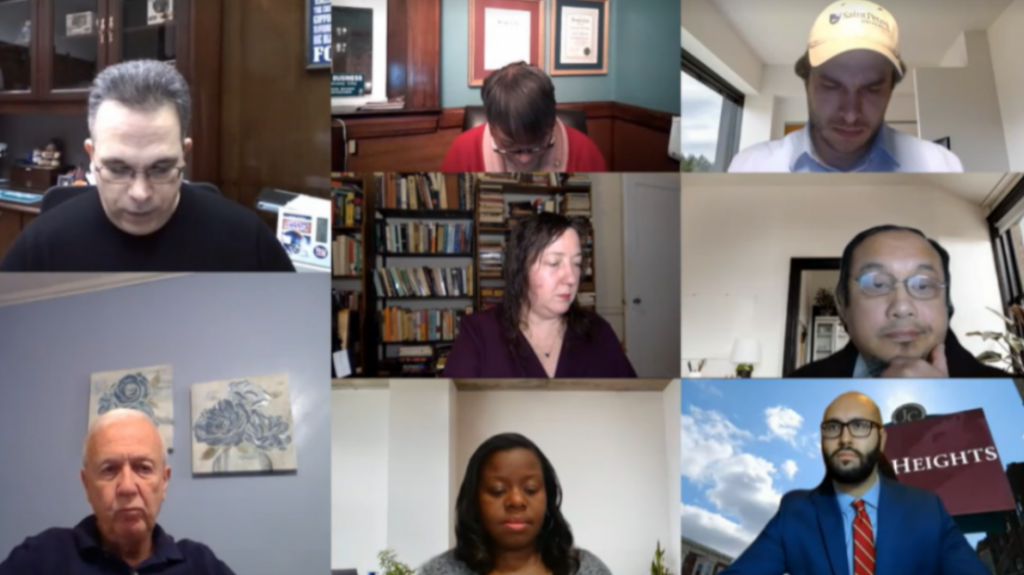 The Newark Avenue Pedestrian Plaza, located in downtown Jersey City, first opened in 2015 before being expanded in 2018.

On Tuesday, the administration touted a plan backing more upgrade that will include decorative trench drains, tree garden planters, cafe lighting, and a staging area for community events.

“The price tag worries me a little bit, but it was the lowest out of all the bids and additionally, I know it’s downtown, but I’d be a hypocrite not to vote for it since I voted for the Central Avenue streetscape project,” Ward D Councilman Yousef Saleh noted before casting an aye vote.

Ward F Councilman Jermaine Robinson also began by acknowledging that the price tag is high, but continued that that the $38 million investment into Berry Lane Park, $1 million being allocated to the Fulton Avenue Park, and $200 million for the City Hall Annex are expensive as well so fair is fair.

“It’s hard not to want the entire city to be great, not just the area we represent so I hope it works for them and makes the pedestrian plaza one of the attractions to Jersey City like Liberty State Park.”

Still Lavarro, a potential mayoral challenger to incumbent Steven Fulop, was not impressed with what was being proposed.

“I’d like an explanation, it was asked by the public – the original budget was $4 million, it’s now coming out to $6.7 [million]. Where is the other $2.7 million coming from?” Lavarro questioned.

Acting Business Administrator John Metro said City Engineer Paul Russo was present on Monday during the caucus to discuss the issue if needed, which Lavarro said wasn’t helpful in getting to the bottom of this.

“So that’s not an answer, that’s a deflection – I’ll be frank with you,” Lavarro responded.

“I asked for information where the funding sources were: I don’t see that among the information,” Lavarro continued before Metro said that information had been provided.

In the resolution, it is noted the funds are coming from the city’s capital accounts. However, Lavarro said the explanation he received in an email was not sufficient.

“Oh John, you’re disappointing me, man. Really? That’s the way you’re going with this? You were asked what the funding sources are, I’m gonna tell you you’re not doing your statutory duty and obligation to the city council,” Lavarro shot back after a laugh.

At that point, Watterman tried to calm Lavarro down and move on to no avail.

“I’ve asked this information from every administration prior to this second term, literally, and it was never a problem,” Lavarro exclaimed.

“This administration now is like … hacks, frankly, I’m going to be blunt about it. This is like amateur hour on this stuff, really.  You don’t know where the funding is coming from: $4 million, coming in $2.7 million over what was originally budgeted, and unable to explain how that happened and why that happened.”

Lavarro further stated that this revitalization downtown is not needed in the midst of a pandemic.

“Rolando, everybody has their opinion, so you’re giving yours [but] don’t insult nobody else’s,” Waterman said.

“Just vote yes or no … I don’t know why we have to go through this,” the council president added.

Lavarro continued that he should be allowed to say his piece on any vote uninterrupted, while Watterman said discussion should always be kept cordial.

Still, Lavarro was undeterred, indicating he would continue to pursue answers on this matter even though he would vote no and it would still pass, exclaiming that “half-assed” responses shouldn’t cut it.

Ultimately, the resolution was approved 7-1, with Lavarro voting no and Councilman-at-Large Daniel Rivera absent.

Additionally, both the first reading of the Bayfront Redevelopment Plan and a resolution calling for a payroll tax collection audit, introduced by Lavarro, passed unanimously (8-0).