The Jersey City Council okayed the 1st reading of an inclusionary zoning measure with some public dissenters indicating afterwards that they felt the current ordinance was too amicable for developers. 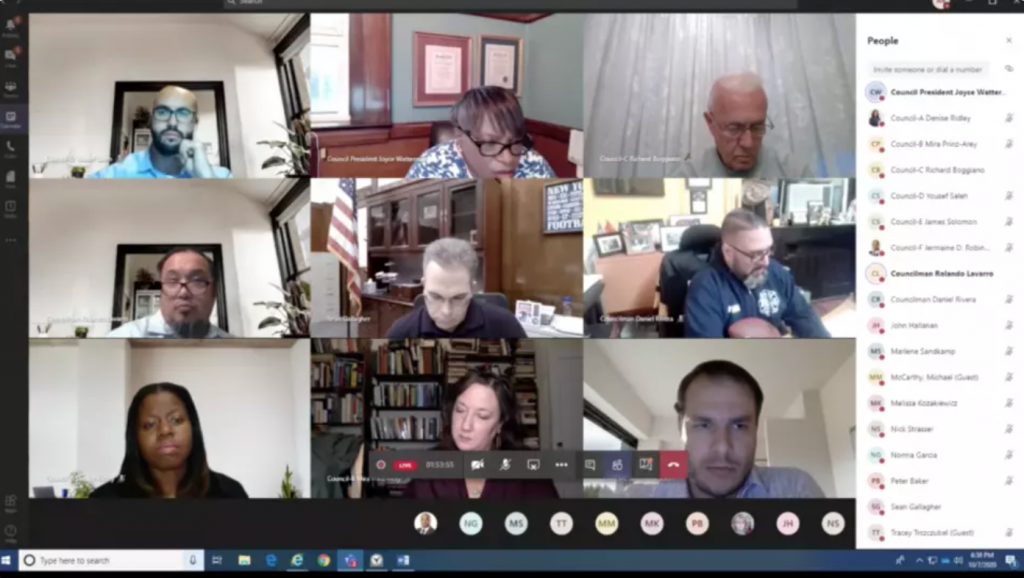 The 20 percent affordable housing would apply to residential developers with projects over 15 residential units that are requesting five or more additional units – or an additional 5,000 square feet of residential floor area through a redevelopment plan amendment or a variance to follow the new provisions.

While no one seemed to have a problem with the basic premise of the local legislation, Councilmen Rolando Lavarro and James Solomon expressed discontent with the buyout provision where developers could provide community givebacks like a library, police station, or fire house in lieu of affordable housing.

However, Ward B Councilwoman Mira Prinz-Arey said community benefits can be used to address severe infrastructure issues the city has difficulty paying for.

“This is just the beginning … We have to get something on the table. We need to start learning how to collect data,” added Council President Joyce Watterman

She explained that in 2013 when development was slower, it made sense to give tax abatements to developers to avoid paying certain taxes. This was especially true regarding the redevelopment of Journal Square. Now she feels with the city building a great deal, the tax abatements are too lax.

Lavarro did not want there to be any exemptions developers might exploit to avoid providing affordable housing, calling the loopholes “gaping,” to which Watterman said it’s very difficult to put together an ordinance that satisfies everyone.

The ordinance for affordable housing passed on the first reading 7-2 with Lavarro and Ward E Councilman James Solomon dissenting.

Lavarro vowed to introduce amendments to close up any loop holes that are to a developer’s advantage.

“This law is a joke,” Katia Oltmann said, with Elayna Thompson exclaiming that people are being priced out and forced out of neighborhoods they have lived for many years when their buildings are sold to developers.

“You have the power to act do something about it. Use it,” Thompson said.

Dr. Jena Barchas-Lichtenstein chimed in that 40 percent of Jersey City households are cost burdened, meaning people need to devote too much of their income to rent and lauded Lavarro’s efforts.

“They need to tie their hands,” she said, further stating that building a police station as a community benefit is “a slap in the face.”

“That thing is a piece of Swiss cheese,” expressed resident Jeanne Daly.

Arden Donnelly, who identified as a member of Solidarity Jersey City, said inequality has only been getting worse due to COVID-19, and the affordable housing loopholes exasperate the situation.

“Not acting then is negligent,” Donnelly said.

Donnelly said there is a stigma around affordable housing where many people have Not In My Backyard (NIMBY) attitudes. Those against it often sound a racial dog whistle to alarm people against the inclusion of affordable housing.

Additionally, Dana Patton exclaimed that the ordinance was rushed and key pieces were missing. She did not understand the rush to pass the ordinance when it would go into effect in January at the earliest.

“You have a chance here to create a more equitable city for generations to come, and I’m begging you to take the opportunity,” she said.