The Jersey City Council approved a measure allowing the rezoning of the site next to Berry Lane Park, paving the way for the 17-story Morris Canal Manor project after some electeds engaged in a heated debate. 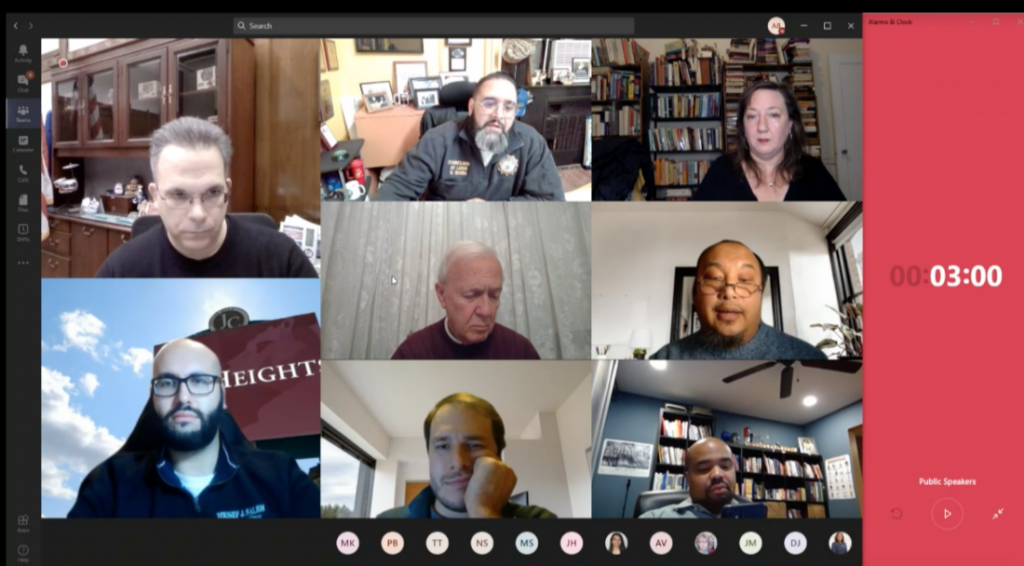 At Monday’s caucus meeting, Lavarro revealed Jersey City received $1 million from the New Jersey Department of Environmental Protection (DEP) to reimburse the purchase of the property, which was supposed to be incorporated into Berry Lane Park.

Acting Business Administrator John Metro said the dollars remain unspent,  adding that the city can work with the DEP to find a comparable project where the money can be used.

“It was aspirational to get Steel Tech as part of Berry Lane Park,” Jeffrey said, as opposed to being part of the plan from the beginning.

Steel Tech was uncooperative when the JCRA sought to negotiate a reasonable price for the site, Jeffrey noted, indicating that the alternative of invoking condemnation or eminent domain is a lengthy process and costly.

She said the court sets the value of a property based on fair market value, which was going up, so it was difficult to foresee the city having sufficient funds for the process.

“I think the owner probably knew this was going to happen. I take great umbrage over that fact,” said Ward D Councilman Yousef Saleh.

Ward F Councilman Jermaine Robinson said there is support elsewhere for the development and said many liked it at the Planning Board meeting.

Additionally, Ward A Councilwoman Denise Ridley more money was allocated to Berry Lane Park at the expense of other projects such as the Fulton Avenue park.

“If we get more money, I’d like to see it spread across the city,” she said.

Ward B Councilwoman Mira Prinz-Arey said she met with the Morris Canal group and spoke with the Planning Department, who said notifications were given properly. She added COVID has made holding community meetings difficult.

“There was an opportunity for people to chime in,” said Prinz-Arey, who echoed comments that the process could take years in court to acquire it.

Over two dozen residents, several affiliated with the Morris Canal Community Development Corporation, spoke out against the project, which will include a 361-unit high-rise with a 22,00 square foot STEM/rec center at 417 Communipaw Ave.

Many members of the public felt the project does not fit the character of the neighborhood and also does not consider traffic concerns, even though it also includes public parking spots.

“The process … is very disheartening in how things transpired … “The council needs to take a hard look and hear our voice for once,” activist Frank “Educational” Gilmore said prior to the vote.

“Our neighborhood has been very disrespected through this process,” added Dana Patton, who said neither the MCDC, nor the Friends of Berry Lane Park, were consulted about the large-scale project.

Some other residents expressed a similar sentiment about feeling excluded from the process.

“Five percent is a slap in the face to the community … The people born here won’t be able to afford to live here,” stated Brenda Payton regarding the amount of affordable housing units planned for the project.

That result is currently tied up in litigation that was initiated by the Fair Share Housing Center.

“We could find a better way to get a recreation center,” said MCDC President June Jones.

Robinson said he spoke to Jones 18 months ago, who disapproved of the redevelopment project and thus she was not further engaged on it.

“Here we go again with this disrespecting of our community … We ask the council at large to please put this ordinance on hold … Make this work for the entire community,” said Mario Moody, Vice President of the Jersey City NAACP.

Councilman-at-Large Daniel Rivera, who chaired the meeting since Council President Joyce Watterman had a family obligation to tend to, took aim at Councilman-at-Large Rolando Lavarro, who has adamantly opposed the project to date.

“All of a sudden, you have an epiphany for a neighborhood you were never involved with,” Rivera said, noting that Lavarro had ample opportunity to mold the project as a former council president and chair of the Jersey City Redevelopment Agency.

“I hold this dear to my heart,” added Ward F Councilman Robinson said, noting he lives near the site.

He also explained that establishing a community rec center is one of his biggest priorities so that children have a safe place to play, so while people may have spoken out against the project, he feels certain this a rec center is a top priority for his constituents and felt 2021 politics were muddying the waters.

That explanation didn’t sit well with Lavarro, who went straight for the jugular in response.

“I’ll tell you what the councilman from Ward F told me over the past several years: he confided in me at one time that his aspiration is to be Peter Mocco,” Lavarro began, prompting a smile from Robinson.

Before continuing, Rivera interrupted and urged Lavarro “not to make a mockery out of this council.” That transition didn’t go particularly smoothly.

“You guys can rubber stamp things the way you want to and I’m gonna continue to say what I need to say!,” Lavarro shouted.

” …Councilman Robinson told me ‘I want to be like Peter Mocco, I want to learn all I can about development, make a lot of relationships, and when I’m done, I want to make a ton of money: you are on your way to that outcome councilman! That goal is certainly going to be achieved during your time on city council.”

He added that the rest of the city council needs to be voted out of office next year for condoning gentrification despite the objections of many residents.

“ … We can no longer stand by and allow our city to be sold out. At the end of the day, justice will prevail.”

The project is still likely many months away from breaking ground, with another approval from the planning board being a necessary next step.