The Jersey City Council approved a $620,592,126.20 budget by a 6-2 vote at an unremarkable meeting where the majority of the session was spent reading the spending plan into the record. 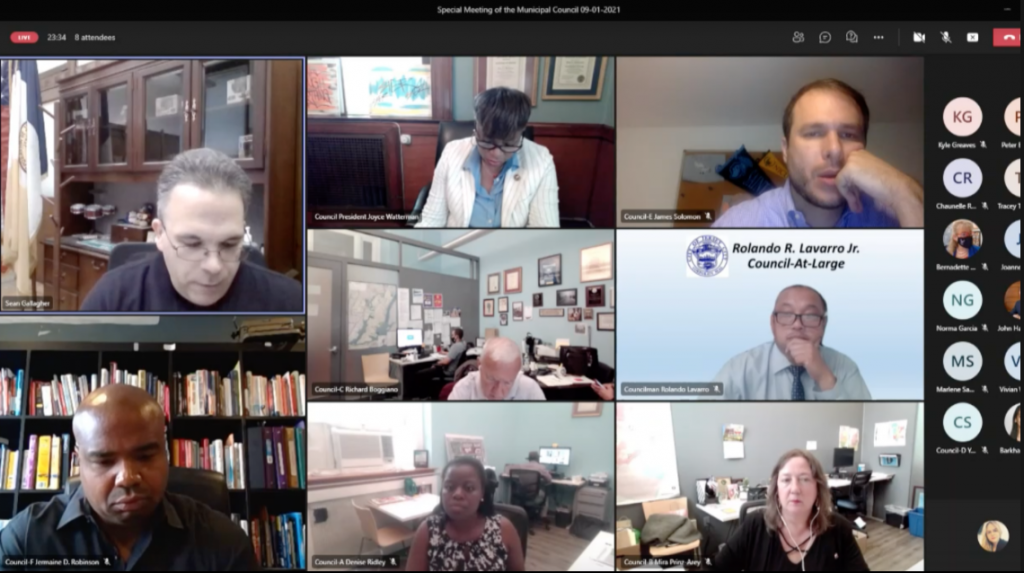 The meeting lasted just an hour and seven minutes, with it taking 45 minutes for City Clerk Sean Gallagher to read the budget into the record.

While the spending plan sees an increase in expenses of about $10 million in salaries, retirements, and other departmental costs, $69 million from the American Rescue Plan allowed the city to present a budget that came with a nearly $1,000 tax decrease per household.

“I want to thank the BA and [Budget Officer] Kyle [Greaves] for your work, with that said I still have some concerns on how we’re addressing the water tax, so I’m gonna vote no,” Solomon said.

Solomon and Lavarro called on the municipal utilities authority to refund and repeal their waste disposal fees, commonly referred to as the water tax, last month.

The council unanimously approved a non-binding resolution making the same request a their previous session.

” … So the total of amount raised in taxation went from $213 million from the introduced budget to $223,674,000 – nearly $10 million dollars increased in the amount to be raised by taxation – 9.7 million. Can you clarify what that means for the individual homeowner?,” Lavarro asked.

Greaves responded that one revenue item had been left out, but even after adding that back in, the average homeowner would still save “north of $900.”

He also questioned the water tax and how the city would make up the funding provided by the American Rescue Plan in the coming year before voting no.

Police: Woman arrested in Jersey City for owing over $30k in...